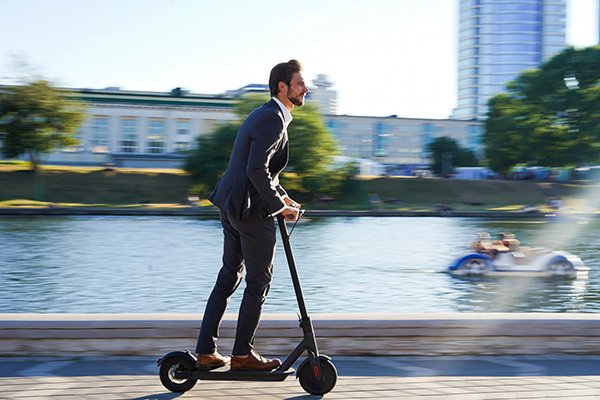 The London market has joined the debate over the future regulation on the use of e-scooters saying they need to be restricted to the UK’s roads.

The International Underwriting association has issued is response to the parliamentary consultation over the use of e-scooters warning they could be no blanket approval for all types of micromobility vehicles, but each one considered on a case-by-case basis.

The views of the London company insurance market have now been submitted to a public inquiry launched by the House of Commons Transport Committee, with a plea that such vehicles should be banned from the country’s pavements. The UK is the last major European country where e-scooters are banned everywhere except on private land. They are, however, increasingly popular and likely to become more so as commuters seek alternatives to public transport in the wake of the Covid-19 crisis.

“It is essential that pedestrians are properly protected as the roll out of e-scooters in the UK is considered,” said Chris Jones, Director of Legal and Market Services at the IUA. “Our members expect that these vehicles would be limited only to low speed roads and should perhaps be initially trialled on cycle lanes.

“There must also be absolute clarity about the regulation of e-scooters. A framework must be developed that plainly spells out the obligations of users, manufacturers, rental scheme providers and other road users.

“Although illegal, incidents involving e-scooters are currently paid for by the Motor Insurers’ Bureau (MIB) as they are technically classified as uninsured vehicles. This situation is problematic for both insurers and their customers as the MIB is funded directly by a levy on the premiums paid by all motor insurance policyholders.”

Mr Jones added: “There is a clear potential for environmental and social benefits from the use of e-scooters, including reduced congestion and pollution. Successful uptake, however, is likely to be dependent on the availability of appropriate road infrastructure.”

In addition to submitting IUA member comments to the Transport Committee the association has also discussed this subject in a roundtable event organised by the Forum of Insurance Lawyers and at the Insurance and Financial Services All Party Parliamentary Group with Craig Tracey MP. A second consultation response is being prepared for a complementary inquiry launched by the Department for Transport on micromobility vehicles.