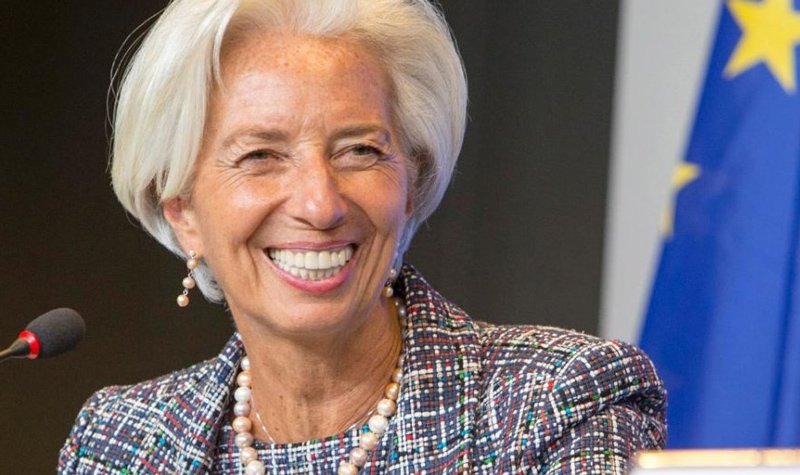 The President of the European Central Bank (ECB) has said she is baffled at the inability of the world to come up with the $50 billion needed to vaccine the world, and I can see her point.

Christine Legarde (pic) was speaking to Klaus Schwab, founder and executive chairman of the World Economic Forum this week on the lessons learned from COVID. In a forthright interview she said that while lessons had been learned from the 2008 financial crisis the failure to vaccine the population may come back to haunt us.

She was asked about the response from the financial sector to the pandemic which she believed has been “a good job”. However, all the effort and fiscal investment was under threat of the world did not get a global vaccination programme completed.

“In addition to supporting the recovery, we must vaccinate,” she said. “If we don’t vaccinate the whole world, as we should, COVID-19 will come back to haunt us, and it will come back to hurt us. To do that, the world needs to be a little bit more generous. And in being generous, it will be serving its own interest.

“I am baffled by the fact that the entire global community cannot put together $50 billion in order to address vaccination in those countries of the world where only 2% of the population is vaccinated — I mean the low income countries.

“We have spent, in fiscal support, something like $6,000 billion — what is needed is 1% of that in order to vaccinate the world. So I think that to move to this new normal, whether one likes the word or not, we need to anticipate and vaccinate and then we need to learn the lessons of what we have just gone through.”

I couldn’t agree more with this assessment. Apart from the moral issues connected with a failure to adequately vaccinate the population, the consequences from a risk perspective are also potentially very serious.

After all, if this virus has taught us anything it is that it can mutate into very serious variations, which are potentially considerably more contagious and more serious.

Giving such variants free rein in an unvaccinated population is extremely worrying. And from a systemic risk perspective, madness.

Still, Lagarde was not all doom and gloom. On the fiscal performance Lagarde was more positive, and we can take some comfort from this:

“Of course, there were a few hiccups to begin with,” she explained. “But overall, policymakers did a good job of addressing the issues by reacting very promptly, and very forcefully. And certainly — because you asked about the European Central Bank and what central banks can do — with a massive response in terms of liquidity, in terms of availability of currencies that were sought by all economic players, and in terms of sustainability of those plans to help with the financing of the economy.

“Well, we certainly all went big, in order to fight what was happening. By the same token, we adopted very strange measures, you know — locking down, and shutting down our economies, these almost mediaeval ways of dealing with this pandemic.”

“And then, thanks in many ways to globalization we came up in next to no time with vaccines, which is something that was unheard of. From a pandemic that started in February, we had vaccines available in December. Typically, it takes more than five years to experiment and create a successful vaccine. This time, it was nine months, as opposed to five years. And this is largely a story of globalization.

So what do we take from this? Learn from past mistakes and go big and fast. Secondly, pooling resources is the way forward to combat such a serious pandemic risk. Perhaps a lesson here for the cyber market as well?

“We have spent, in fiscal support, something like $6,000 billion — what is needed is 1% of that in order to vaccinate the world. So I think that to move to this new normal, whether one likes the word or not, we need to anticipate and vaccinate and then we need to learn the lessons of what we have just gone through.”