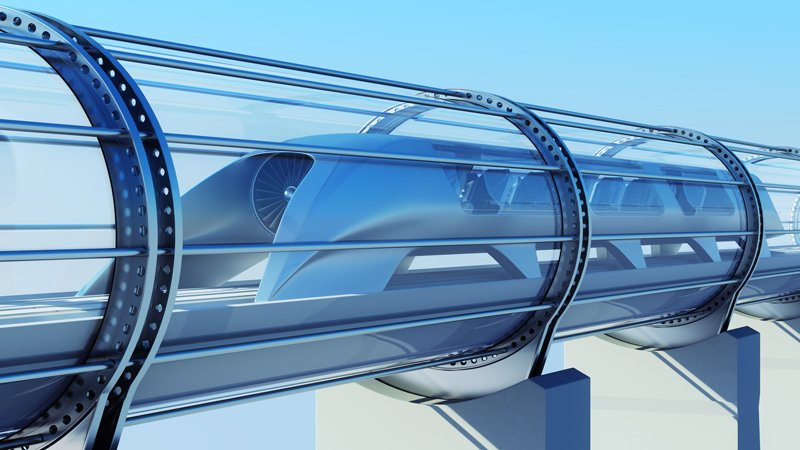 Plans for a global hyperloop which would deliver low carbon high speed transit options face a major threat from the collapse of the global economy.

As efforts to tackle climate change drive an urgent need to decarbonise, the transportation industry, the Hyperloop has been seen a potential long term solution.

Lux Research has undertaken analysis on the potential opportunities and challenges for the hyperloop. According to the International Energy Agency (IEA) transport accounts for 24% of direct CO2 emissions from fuel combustion. As such finding low-carbon long-range transit alternatives to conventional rail and aviation has become a priority.

Lux has found that, while the Hyperloop concept is technically feasible, it will require significant development to become cost-effective. The Hyperloop differs from conventional rail because it operates in a vacuum system that reduces aerodynamic drag, thus enabling higher speeds and greater energy efficiency. There are four main design elements creating technical challenges with the Hyperloop: pillar and tube design, pod design, propulsion and levitation of the pods, and station design.

“Despite the considerable amount of hype and attention Hyperloop has received and the potentially important role it could play in decarbonising long-range transit, the concept remains more or less unproven, and serious questions remain about its economic feasibility,” says Lux Research Senior Analyst Christopher Robinson.

Lux’s research found that pod design is the fastest-growing area for Hyperloop patent activity, with a focus on improving comfort and performance. Customer comfort is important due to the compact, enclosed spaces with no windows, which can increase the likelihood of customers getting sick. Optimizing pod performance is key to minimizing drag and reducing costs because pod design choices have a significant impact on tube design and aerodynamics. Propulsion and levitation systems have the least patent activity, in part due to the fact that Hyperloop will likely adapt magnetic levitation, or maglev, technology.

One of the biggest technical challenges will be identifying the optimal system pressure and minimising leakage of the vacuum system, which, if higher than expected, can increase operating costs and reduce top speeds.

“Selecting the Hyperloop’s tube pressure is the most important factor impacting cost, for both operational expenses and the initial capital needed for tube design and construction,” says Lux Research Associate Chad Goldberg. “Most Hyperloop developers are aiming for a range between 50 pascals to 250 pascals to optimize energy costs.”

“Important indicators to watch for are development of high-speed and full-scale test tracks and government support, both financially and in developing Hyperloop regulations,” added Lux. “Based on our analysis, we predict the first passenger-carrying high-speed Hyperloop projects to begin operation no earlier than 2040.”