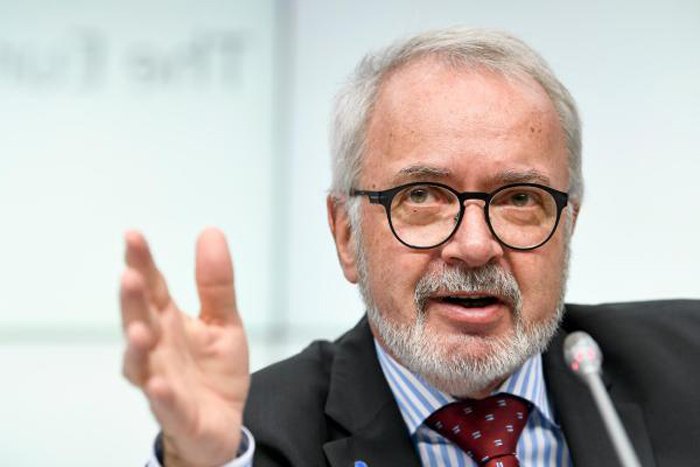 European Investment Bank (EIB) President Werner Hoyer has called for governments and the bank’s partners to accelerate their efforts to battle climate change.

Hoyer was speaking as he prepared to take part in a range of events this week during the 76th session of the United Nations General Assembly and New York Climate Week.

He said the week will see him stress the progress the EIB has made in raising its climate ambition and will highlight the importance of partnerships to meet global climate goals.

“Time is running out to act on climate change. With six weeks to go until the COP26 climate conference, we need a global response now,” he said. “As the EU Climate Bank, the EIB is accelerating its efforts. We are formalising a new climate Adaptation Plan. We are ensuring that our clients are aligned with the Paris Agreement. And we are increasing our support for green projects outside the EU, with a special focus on Africa. I call on all our partners to come forward with ambitious climate plans at COP26 to promote a just transition to net-zero, globally.”

Hoyer has spent much of this month driving home the EIB’s climate agenda and has praised the efforts already taken but calling for greater concerted action in the run up to COP26.

“We recognise, however, that we must do more, together,” he said. “At the European Investment Bank we stand ready to play our role as the EU Climate Bank: providing innovative financial solutions based on a deeper expertise in this field.

“This is why the EIB will come forward with our first dedicated Adaptation Plan at COP26 and we aim to launch it there. Our plan will outline the EIB’s future ambition on adaptation and resilience globally. It also supports the implementation of the recently launched EU Adaptation Strategy.”

He said the bank’s Adaptation Plan, was designed to enable the EIB to contribute to bridging the knowledge gap and to supporting smarter adaptation.

“We aim to do this by promoting the use of robust climate data and by supporting our clients in building greater resilience to climate change,” added Hoyer. “We want to contribute to bridging the finance gap and to increasing the impact of the finance we provide. This will include working with the private sector to identify investment opportunities in climate-resilient technologies, products and services.”

The bank will also look to support inclusive growth and create economic opportunities in the regions and communities that are the least able to cope with a changing climate.

“We need partnerships bringing together climate science, policy and finance – partnerships that are centred on the needs of climate vulnerable countries and communities.”