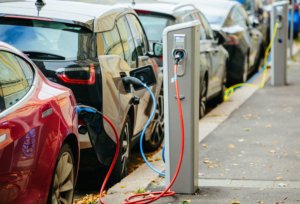 Electric Vehicle Ownership Set To Power Up In 2020

The number of electric vehicles on the UK road has almost tripled in the past year.

Figures issued yesterday by the Vehicle Licensing Authority have revealed that the number of electric cars has more than tripled in the third quarter compared to 2018, increasing by 234%.

It has led to a warning that the rapid rise in electric vehicle ownership and with it the expected increase in future demand will leave manufacturers with a major supply problem.

The ‘Road to Zero’ deadline is fast-approaching, and the UK will end the sale of new conventional petrol and diesel cars and vans by 2040. This unprecedented transition to electrification will see the demand for lithium-ion batteries grow 19 fold by 2030 – vastly outstripping supply.

Kevin Brundish, CEO and founder of AGM Batteries said: “If the UK is to hit government targets and become an attractive place to invest in electric vehicles, niche manufacturers need a more central position in the supply chain. By investing in next-generation battery technology, the transition to electrification can be better supported.”

Mr Brundish added: “Battery supply for the UK manufacturing industry is already struggling to meet the demand for new vehicles, and in response, the creation of full-cycle battery plants should be prioritised instead of relying on large scale manufacturers abroad. It is costly and increases carbon footprint to have these batteries imported, especially when the UK has the talent and capabilities at home.”

“Creating a robust UK supply chain for the production of lithium-ion batteries would strengthen the UK’s automotive sectors, making the country an attractive destination for international car-maker,” he concluded.