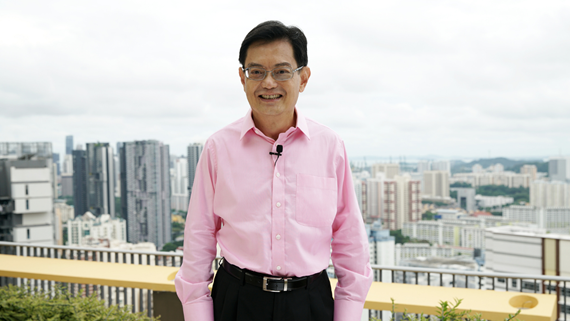 Emerging Asian risks need to be addressed warning at SIRC

Singapore’s Deputy Prime Minister has called on the re/insurance industry to play its part in closing the protection gap in Asia and create a better and more resilient world for all.

Heng Swee Keat, (pic) who is also the country’s Coordinating Minister for Economic Policies and Minister for Finance was speaking at the official opening of the Singapore International Reinsurance Conference (SIRC) 2020, which this year is being held virtually.

He used his address to announce the launch of a new initiative which will look at the emerging risks facing Asia and the wider world. The Global Asian Insurance Partnership (GAIP) will bring together the insurance sector, regulators and academia to examine how systemic and emerging risks can be best tackled in the region.

Mr Keat said the GAIP will have three aims. First will be to incubate risks solutions for the emerging risks the region faces, second is to act as a policy think tank using technology and data to tackle areas such as infrastructure risks. Finally, it will also seek to create a pipeline of new talented staff for the industry which will come armed with different skills sets in areas such as the use of the big data.

“The aim is to build a system of greater risk reliance in Asia,” he explained. The new organisation will begin work in January and Mr Keat said he believed it had the potential to make great stride in key areas for not only Asia but the wider world.

“Pandemic and climate risk are two areas which demand our immediate attention,” he added. “As Asia continues to grow new risks will emerge.”

Mr Keat added that behind every crisis there is opportunity and the pandemic had highlighted the risk protection gap in the region.

“We can work together to create a more resilient and better world for all of us,” he said.

However, the market had to look to public private partnerships if it were to successfully reduce the protection gap in the region, he cautioned.

“We have to be aware the next pandemic in not a case of if but when,” he told delegates. “As we seek to build back better for this crisis, we must take risk management more seriously.”

As such Asia’s continued growth is dependent on the ability to mitigate the threat of major events in the region. “Insurance had a big role to play in that process,” added Mr Keat.

“The gap for large scale systemic risks is big,” he said. “The ability for the insurance industry to pool these exposures and provide cover at a low cost is limited.”

Therefore, there needed to be a greater move toward public private partnership in which these risks could be met with scalable solutions.

These could include parametric solutions for major natural catastrophe events that would provide a clear level of support for businesses and economies.