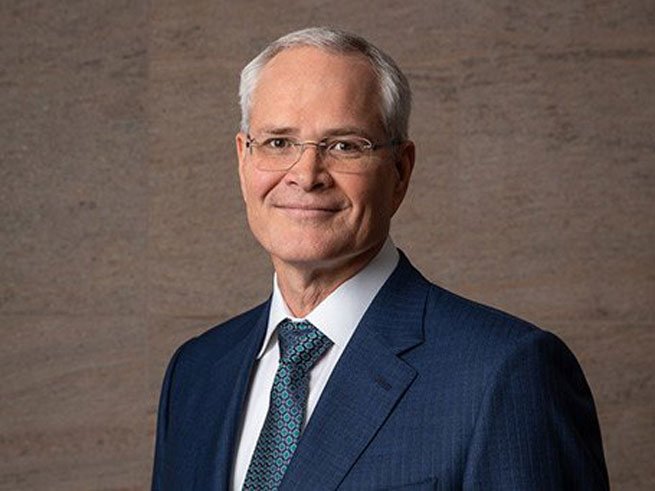 The chairman and CEO of one of the world’s largest public traded energy companies has said governments will need to support the transition to a renewable energy future as he pledged the company would invest $15 billion in a lower carbon future.

Darren Woods, (pic) chairman and CEO of ExxonMobil, said the move to a lower carbon future required the support of government and market driven policies to transition to new energy sources.

He added that the firm would be investing $15 billion over the next six years but added the company would also continue to meet the current energy needs.

“We develop and deploy solutions that meet society’s needs,” he said. “Today, that means taking a leading role in providing the products that enable modern life, reducing carbon emissions and developing needed technologies to advance a lower-carbon emissions future.

“To that point, we are on track to meet our 2025 emission-intensity reduction goals by the end of this year – four years earlier than anticipated. As a result of our progress, we’re working on even more aggressive reduction plans that are consistent with our support for the goals of the Paris Agreement, the US and European Union’s Global Methane Pledge, as well as the US Methane Emissions Reduction Action Plan announced last week.”

Woods said a significant share of the investment will be directed toward its Low Carbon Solutions business, which is focused on reducing greenhouse gas emissions from hard-to-decarbonise sectors such as heavy industry, commercial transportation and power generation, which together account for more than 80% of the world’s energy-related emissions.

“We see tremendous opportunities to use our technology and expertise in carbon capture and storage, hydrogen, and biofuels to support meaningful reductions in global emissions,” he explained. “We expect those opportunities to grow as policy support for low-carbon solutions increases.

“Key among those technologies is carbon capture and storage, a proven way to collect CO2 emissions and securely store them deep underground. Carbon capture and storage is critical to reaching net zero by 2050, according to independent experts like the International Energy Agency and the UN Intergovernmental Panel on Climate Change.”

he said ExxonMobil remained a world leader in carbon capture and has captured more human-made CO2 than any other company.

Eleven companies, including ExxonMobil, have expressed interest in supporting a large-scale carbon capture and storage hub in the Houston industrial area Woods said that he believed that by 2040, it could be possible to annually capture about 100 million metric tons of CO2 from refineries, chemical plants and power generation facilities in the area

“Biofuels will also play an important role in a lower-carbon future, especially in reducing greenhouse gas emissions from commercial transportation,” Woods explained. “Our Canadian affiliate, Imperial Oil, is progressing plans to produce renewable diesel at its Strathcona refinery in Edmonton using a proprietary catalyst technology that enables advantaged production. Renewable diesel is a drop-in fuel for use in today’s engines that generates 70% fewer carbon emissions than conventional diesel.

“Here in the US, we expanded our agreement with Global Clean Energy to purchase up to 5 million barrels per year of renewable diesel from its biorefinery in Bakersfield, California starting next year.”

ExxonMobil is producing about 1.3 million metric tons of hydrogen annually and is working to develop new technologies that significantly lower production costs.
Woods warned that firms could not deliver the greener future demanded by the planet in isolation.

“Governments’ assistance is critical in developing durable, predictable, and market-driven policies in order to help drive the greatest greenhouse gas emissions reductions at the lowest cost to society,” he said. “For example, initial policy support for carbon capture and storage could facilitate the development of an effective marketplace that reduces costs and incentivises additional investment.

“To deploy the technology at the pace and scale required to support society’s ambition of a net-zero future, government policies will need to provide direct investment and incentives similar to those available to other lower-carbon technologies. We have long supported an explicit price on carbon to establish market incentives and provide the needed clarity and stability required for investments.

“No single technology can enable society to achieve its lower-carbon ambitions. Predictable, stable, cost-effective policies are necessary to incentivise the development and scalability of a wide range of lower-carbon technologies across the economy.”