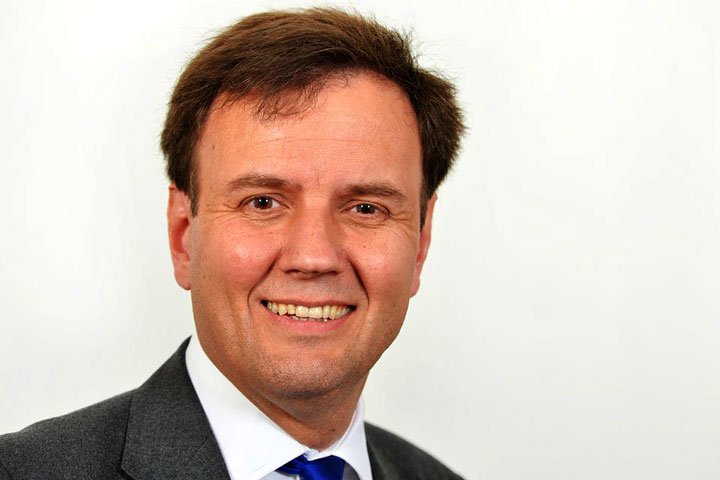 Energy minister – the future is nuclear

The UK’s energy minister has said the road to net zero will require nuclear power to be at the heart of the solution.

Greg Hands (above) said the world was reaching a like a pivotal point for nuclear in this country.

“While 2020 was, undeniably, an annus horribilis for the world I think it’s fair to say that, despite its challenges, the past year has been filled with much good news for nuclear,” he added. “The sector asked government for an indication it is serious about building nuclear capacity in the UK. We heard that call, and we have answered it.”

He added it would “be remiss of me to talk about progress without also talking about the difficulties nuclear – like all sectors – has faced during the pandemic.”

However, Hands said it is nuclear’s reliability that will make it a linchpin in the UK’s efforts to reach net zero.

“Ahead of COP26, we published our landmark Net Zero Strategy; the blueprint – or, rather, greenprint – for how we’ll decarbonise our economy by 2050,” he added. “I’m pleased to say the Climate Change Committee has labelled it the world’s most comprehensive plan to reach net zero.

“The challenge now is implementation. But we have made incredible progress already. Between 1990 and the present day we’ve reduced our emissions by 44%, all while growing our economy by nearly 80%.”

However Hands said to make that vision a reality, “we need to pick up the pace over the next 30 years”.

It will require a range of low-carbon technologies – especially new nuclear – to be deployed in large quantities and at speed.

“Not least because of the recent volatility of global gas prices, which provide further impetus to diversify our energy mix and invest in a strong, home-grown energy system to ensure greater energy independence.”

Hands added the UK was on “a mission for fission projects – big and small – and we’re also on a quest for fusion.

“The UK is widely recognised as a world-leader in the most promising fusion energy technologies,” he explained. “And the government is supporting this by committing £220 million towards the first five-year phase of the Spherical Tokamak for Energy Production (STEP) programme, which aims to build a prototype fusion power plant in the UK by 2040.”

He concluded: “Almost exactly one year ago, the Prime Minister published his Ten Point Plan for a Green Industrial Revolution. It set out our ambition to deliver new and advanced nuclear power.

“In just a year, we have seen incredible progress towards that goal; huge public and private investment, a comprehensive Net Zero Strategy that sets a clear direction, and unprecedented representation of the sector on the world stage at COP26.

“It is that momentum that we need to build on to realise the inalienable truth that net zero needs nuclear.”