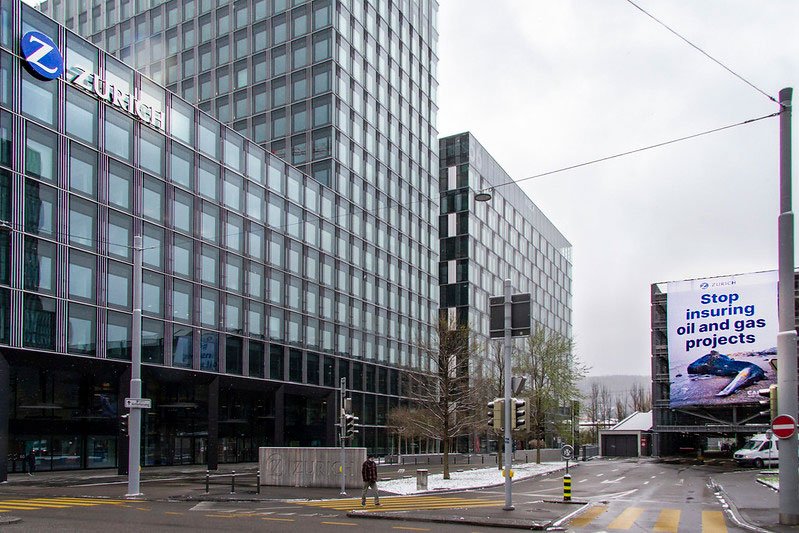 Climate campaigners in Europe have stepped up their pressure on insurers with protests held targeting Zurich and Generali.

Campaign organisation Campax were present outside Zurich Insurance’s headquarters with a 10×13 meter banner hung hours before its annual general meeting, yesterday. The climate activists are demanding Zurich’s withdrawal from the oil and gas business.

Elsewhere, environmental groups Re:Common and Greenpeace Italia released a publication which identified Generali as one of the key players in supporting the European coal sector,

Campax described Zurich Group as one of the world’s three largest insurers of oil and gas. “This is despite the fact that it has committed itself to limiting CO2 emissions in line with the 1.5°C target,” it added. “While the insurance company has an existing set of rules for phasing out coal and oil sands, if it wants to meet its own climate targets it needs an oil and gas exit strategy.”

Angelina Dobler, Climate Campaigner at Campax, explained: “While Zurich’s coal policy is a step in the right direction, it remains completely silent on oil and gas. In order to comply with a 1.5ºC pathway, it is imperative that Zurich stops insuring all climate-wrecking fossil fuel projects and companies. Zurich has the opportunity to become a climate leader in the insurance industry by adopting a credible and consistent oil and gas exit strategy, now.”

In their publication Re:Common and Greenpeace Italia said Generali remained heavily involved in countries that still strongly depend on the most polluting of fossil fuels: Poland, the Czech Republic and Germany.

“Despite its 2018 coal policy, Generali’s investments in coal companies still amount to 203 million euros, including 20 million in RWE, one of the most polluting companies in Europe,” the groups said. “In fact, Generali labelled Poland and the Czech Republic as “exceptions” to its commitments made in 2018. Thanks to this loophole, the insurer still insures and invests in PGE and ČEZ, state-controlled companies in Poland and the Czech Republic, respectively, which have among the highest levels of greenhouse gas emissions in Europe.”

The groups have called on Generali to:

“The role of insurance companies in fossil projects is decisive: mines, power plants, oil and gas pipelines cannot not operate without insurance coverage,” said the publication. “Generali is no exception in this, without forgetting the role it plays as an investor and asset manager on behalf of third parties, as is the case, for example, for some Polish pension funds.”

Simone Ogno, Campaigner at Re:Common, said: “It is unfathomable that insurers continue to underwrite and invest in coal. If Generali wants to take the current climate emergency seriously, it must immediately cease all relations with companies that do not plan to exit coal by 2030. In the year that Italy holds the presidency of the G20 and the vice-presidency of COP26, Generali cannot continue to hide behind slogans that colour its black business green.” 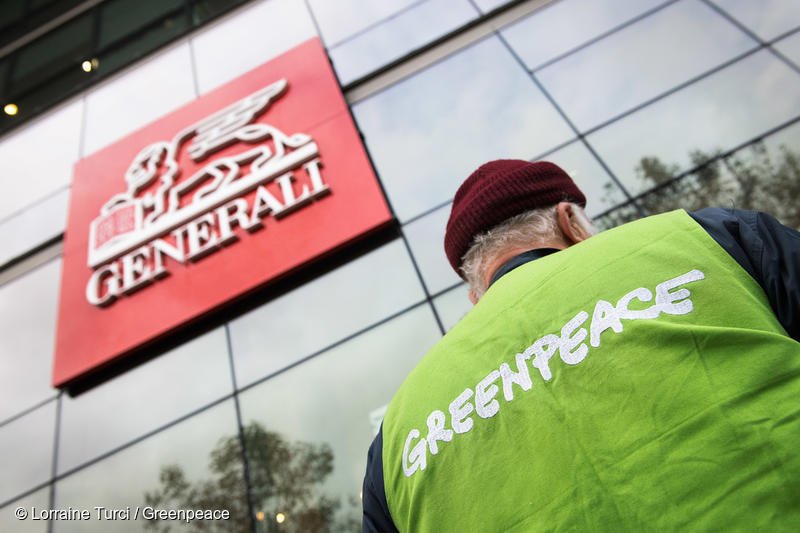 In their publication Re:Common and Greenpeace Italia said Generali remained heavily involved in countries that still strongly depend on the most polluting of fossil fuels: Poland, the Czech Republic and Germany.