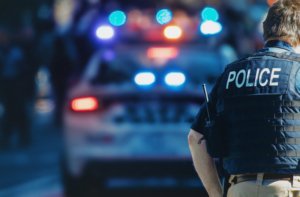 Researchers from Warwick Business School and Miami Herbert Business School examined the forecasts made by sell-side equity analysts following 91 terrorist attacks and mass shootings in the US from 1994 to 2016. They found market analysts make more pessimistic forecasts in the wake of such attacks.

It found those analysts located close to the attacks were more likely to issue lower earnings forecasts during the next 30 days, even when the event was unrelated to financial markets. Affected analysts were also more pessimistic around the first and second anniversary of the attacks.

The findings were published today in the paper Terrorist attacks, analyst sentiment, and earnings forecasts in the journal Management Science.

Dr Constantinos Antoniou, Associate Professor of Finance and Behavioural Science at Warwick Business School, said: “It is commonly thought that emotions play no part in investment-related decisions. Our results go against this widely held view.

“We found that security analysts located close to terrorist attacks and mass shootings became more pessimistic in their earnings forecasts in the days after the attack than those based further away.

“This finding suggests that negative emotions such as sadness, fear, and anxiety can make people more pessimistic about future events.”

Researchers used data from the Global Terrorism Database, Mother Jones (a non-profit magazine that documents mass shootings in the USA), and quarterly analyst forecasts for US firms from the Thomson Reuters’ Institutional Brokers Estimate System.

Analysts based within 100 miles of an attack were 8.7 per cent more likely to issue a more pessimistic forecast during the next 30 days.

The effect was even greater in US states with low murder rates, where analysts were 9.2 per cent more likely to issue a pessimistic forecast following an attack.

Affected analysts were also 8.1 per cent more likely to make a pessimistic forecast around the first anniversary of a local attack, though they were no more pessimistic by the third anniversary.

Alok Kumar, Distinguished Research Professor at Warwick Business School and Professor of Finance at Miami Herbert Business School, said: “Understanding how emotions affect analyst forecasts is important because they are a valuable source of information for investors.

“If investors respond to emotion-driven forecasts from analysts, the impact of emotions on the market prices could get amplified through this spillover effect.”