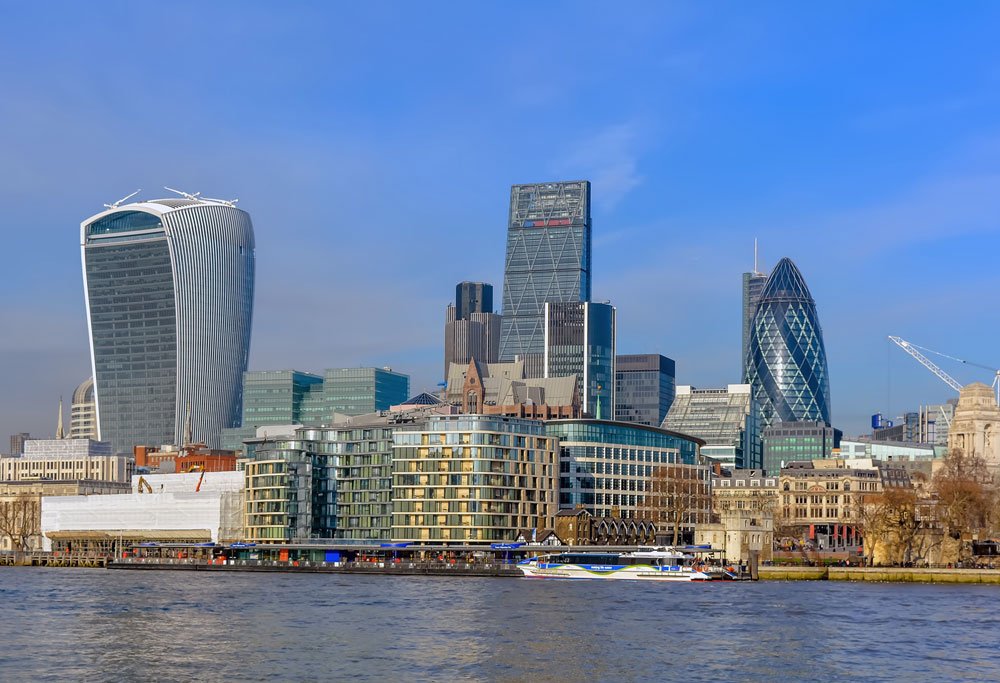 The City of London has been warned it is likely to suffer from a continued exodus of its financial services businesses leading to fears it will become a shadow of its former self.

Writing in a blog for the London School of Economics, Sven Van Kerckhoven, Research Professor in European Economic Governance at the Brussels School of Governance, warned the temporary equivalence frameworks that have been put into place only buy the EU time to strengthen its financial governance system in preparation for the exodus of the City’s financial industry.

He explained: “The City of London finds itself in a precarious situation. With the Brexit trade deal barely mentioning financial services, the flight of the United Kingdom’s financial industry to the European Union will be difficult to avoid.

“With temporary equivalence frameworks currently obscuring the underlying harsh reality for the City of London, the EU might just have bought some time to strengthen its financial governance system in preparation for the relocation of the City’s financial industry.”

Prof Van Kerckhoven, said while London far outsizes other European financial centres in terms of foreign-registered monetary financial institutions, making it the international finance hub in the EU, the pressure was mounting as the exodus of European business begins.

“European institutions, such as the European Central Bank, have already long advocated that euro-denominated transactions should be dealt with within the Eurozone,” he explained. “In 2011, the European Central Bank (ECB) already specified that large-scale clearing houses dealing with euro-denominated trades should be fully incorporated in the euro area, where the full operational and managerial control should be located.”

While currently equivalence still allows UK clearinghouses access to the EU’s single market, Prof Van Kerckhoven added in due time, it is far from unimaginable that the City’s financial infrastructure will move to the remaining EU member states, either by choice or necessity.

He added the potential (and ongoing) relocation of the UK’s financial industry to the EU creates some interesting dynamics. Several EU member states have been actively promoting their national finance centres as alternative locations. In particular, Germany and France have been putting forward respectively Frankfurt and Paris as excellent alternative locations.

While the success of these attempts is not guaranteed he said he believed such relocation would also empower the EU in terms of financial policies.

The UK (supported by some EU member states) has traditionally always had a large influence on financial governance as the promoter of a market-friendly environment for the financial industry and as the biggest non-eurozone country. Ideationally, the UK has always been a proponent of a more market-friendly approach towards the regulation of (financial) markets.

“With the exit of the UK, the proponents of more strict financial regulation still have the upper hand in EU policy-making,” he added.

It is likely EU member states, France and Germany will actively seek to steer towards more oversight over the EU’s financial markets even at the risk of alienating those member states more positively inclined towards a more market-friendly approach towards the management of the EU’s single financial market.

“Freed from EU regulatory requirements, the UK financial regulator might, in the short run, pursue more deregulation attempting to attract EU business to the City, in turn weakening the European (and global) financial system. The residual power of the City could then also place pressure on EU27 financial centres to compete on market-friendly terms.

“However, in the grand scheme of the impact of Brexit on European finance, it seems that this might only play out in the short run. In the medium run, with the relocation of financial services to the EU, the City of London might find itself to be a reminiscence of a once-powerful international financial centre.”

Obesity – the pandemic waiting to happen
Scroll to top