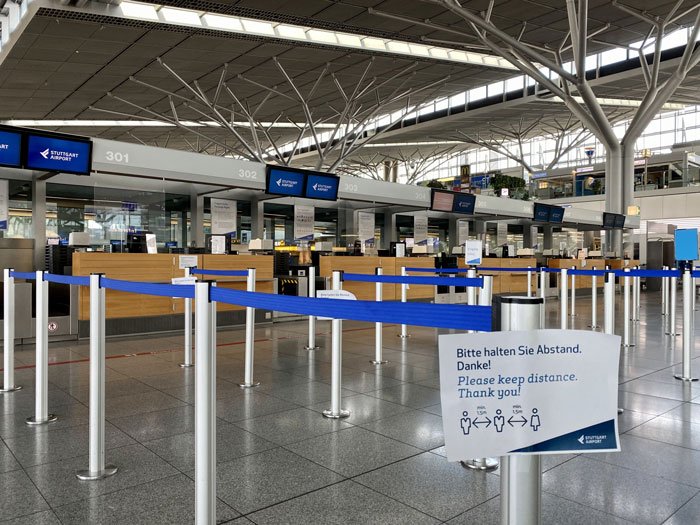 The scientific world is to ramp up its work on the “next generation” of COVID vaccines as fears grow over the potential threat posed by the Omicron strain.

Europe has increased measures to halt passage from a dozen African nations amid the arrival of a flight into the Netherlands at the weekend in which 10% of the 600 passengers and crew were found to have COVID.

The scientific  community is desperately studying the new strain amid fears that it can spread far quicker than the current strains, including the Delta virus, and to ascertain whether the strain has enhanced of reduced potency.

Dr Richard Hatchett, CEO of CEPI, the Coalition for Epidemic Preparedness Innovations, said the world needed to increase its focus in a new breed of vaccines, but added the current vaccination programme needed to be targeted where it could have the biggest impact.

“The emergence of a new SARS-CoV-2 variant, B.1.1.529, underscores the critical need for continued COVID-19 vaccine research and development,” he added. “It’s of course critical that we continue to get people vaccinated globally to reduce the amount of virus in circulation, but we must also focus effort and resources on improving the current COVID-19 vaccines to make them more effective against multiple variants of SARS-CoV-2.

“Our strategy must seek to optimise the way we deploy our current vaccines so every dose delivers the maximum benefit; improve upon our existing arsenal of vaccines; and prepare now for the possibility of variants that can evade our vaccines.

“CEPI is funding studies to help policy makers deliver the most effective possible vaccination strategies with the vaccines we have available, like ‘mix-and-match’ vaccination approaches which could lead to stronger and longer lasting protection.

“We’re developing the ‘next-generation’ of vaccines that could offer advantages over the current jabs, like vaccines that target different parts of the virus and a nasal vaccine with the potential to stop transmission.

“And we’re staying one step ahead of the virus by supporting the development of vaccines against variants of concern that we already known about, as well as ‘variant-proof’ vaccines which could protect against a broad range of variants that are yet to emerge but could do so in the future.”

“No-one should be surprised by the appearance of a new SARS-CoV-2 variant,” he said. “The delta variant will be replaced eventually, whether by this latest new variant – B.1.1.529 – or by some other one. Sooner or later we expect to be confronted with a variant that is even more transmissible than delta, or that is better at evading natural and vaccine-induced immunity, or both.”

Woolhouse added: “Travel restrictions can delay but not prevent the spread of a highly transmissible variant. If B.1.1.529 is more transmissible than delta then it will arrive in the UK sooner or later; delta spread all over the world earlier this year. The role of travel restrictions is to buy us some time and their value depends on what we do with that time. The priority must be to establish whether B.1.1.529 really does pose a significant threat to public health. If it does then we have a suite of tools available to lessen its impact.

“The notion of ‘living with the virus’ implies living with new variants, and our reaction to any new variant has to be measured, proportionate and sustainable. That is an argument for making travel safer – by enhanced screening and testing – rather than banning travel altogether.”

“This new variant of the COVID-19 virus is very worrying,” said Prof Lawrence Young, virologist and professor of Molecular Oncology, Warwick Medical School, University of Warwick. “It is the most heavily mutated version of the virus we have seen to date. This variant carries some changes we’ve seen previously in other variants but never all together in one virus. It also has novel mutations that we’ve not seen before.

“Some of the mutations that are similar to changes we’ve seen in other variants of concern are associated with enhanced transmissibility and with partial resistance to immunity induced by vaccination or natural infection. This new variant is currently detected at relatively low levels in parts of South Africa but it looks like it’s spreading rapidly.

“At this stage it’s important that we keep a close eye on the spread of this variant and do everything to restrict and delay the arrival of this variant into the UK. We also need laboratory studies to determine whether the antibodies induced by current vaccines are able to block infection with this variant.

“Variants will continue to be generated as long as the virus is allowed to spread particularly in countries like South Africa where vaccination rates are low. This emphasises the need to control the pandemic at the global level as well as locally and that it is in all our interests to support the roll out of vaccines across the world.”

“No-one should be surprised by the appearance of a new SARS-CoV-2 variant, the delta variant will be replaced eventually, whether by this latest new variant – B.1.1.529 – or by some other one. Sooner or later we expect to be confronted with a variant that is even more transmissible than delta, or that is better at evading natural and vaccine-induced immunity, or both.”

Vestas: majority of IT systems restored after ransomware attack
Scroll to top