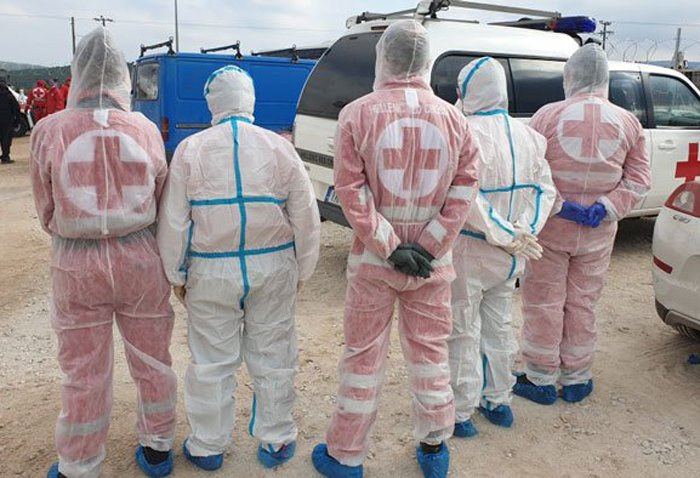 Europe on course for 230,000 COVID deaths in next three months

The World Health Organisation (WHO) has warned Europe faces a COVID crisis amid rising infection rates and the impact of the Delta virus.

Dr Hans Henri P. Kluge, WHO regional director for Europe warned the organisation fear there will be nearly a quarter of a million more deaths across the continent in the next three months..

“The epidemiological picture in the WHO European Region, comprising 53 countries, is mixed,” he said. “We now have 64 million confirmed cases and 1.3 million deaths. Thirty-three Member States report a greater than 10% increase in 14-day case incidence. This high transmission is deeply worrying – particularly in the light of low vaccination uptake in priority populations in a number of countries.”

The spike was being felt on European healthcare systems.

“Several countries are starting to observe an increased burden on hospitals and more deaths,” explained Kluge. “Last week, there was an 11% increase in the number of deaths in the Region – with one reliable projection expecting 236 000 deaths in Europe by 1 December.

“Three factors account for this increase. The first is the more transmissible Delta variant, now reported in 50 countries in the Region. The second factor is the easing of public health measures, and the third is the seasonal surge in travel, driving significant growth in case numbers in most countries. We are seeing a particularly steep increase in cases in the Balkans, the Caucasus and the central Asian republics.”

He said those in Europe needed to be “steadfast in maintaining multiple layers of protection, including vaccination and masks.

“Vaccines are the path towards reopening societies and stabilising economies. Despite this, we remain challenged by insufficient production, insufficient access and insufficient vaccine acceptance.”

In roughly 8 months, nearly 850 million doses have been administered, with nearly half of the people in Europe now fully vaccinated.

“However, in the past 6 weeks, vaccination uptake in the Region has slowed down, influenced by a lack of access to vaccines in some countries and a lack of vaccine acceptance in others,” warned Kluge. “As of today, only 6% of people in lower- and lower-middle-income countries in our Region have completed a full vaccination series.

“Even though nearly 3 in 4 health workers in our Region have completed a full COVID-19 vaccine series, there are countries that have only managed to vaccinate 1 in 10 health professionals.”

He added: “There is a clear need to increase production, share doses and improve the vaccine access of Member States so that they may offer a full series of vaccination to populations. Everyone, everywhere should have the right to receive the full course.

Vaccination is a right, but it is also a responsibility. The stagnation in vaccine uptake in our Region is of serious concern. Now that public health and social measures are being relaxed in many countries, the public’s vaccination acceptance is crucial if we are to avoid greater transmission, more severe disease, an increase in deaths and a bigger risk that new variants of concern will emerge.

“Vaccine scepticism and science denial are holding us back from stabilizing this crisis. It serves no purpose and is good for no one.”

In roughly 8 months, nearly 850 million doses have been administered, with nearly half of the people in Europe now fully vaccinated.