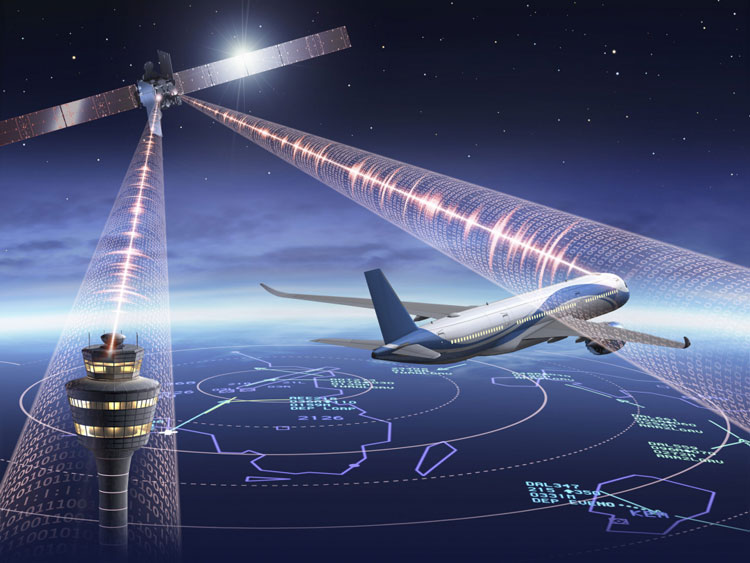 A ground-breaking deal will enable air passengers to cut their carbon footprint as space-based systems will put Europe’s aircraft on a new trajectory.

The agreement between satellite company Inmarsat and the European Satellite Services Provider, which represents air traffic controllers from seven European countries, will enable final tests of the space-based satellite system to be conducted and evaluated. It is expected to be introduced across Europe by 2023.

Using the system flight plans can be continually updated during the flight to maintain an optimal trajectory towards the destination, minimising the fuel burned and the carbon dioxide emitted.

Charlotte Neyret, Chief Executive Officer of the European Satellite Services Provider, said: “The Iris programme is a game-changer for the aviation industry, providing the most advanced new technology to complement datalink communications and meet the challenge of digital, greener and sustainable air travel. The ESSP has been working on this important programme with Inmarsat and ESA for several years and we are proud to now expand our involvement. We will provide the full range of ESSP’s expertise in implementing and operating mission-critical services to ensure that Iris will offer the highest quality of service to all aviation stakeholders.”

Iris was first tested on planes flying over Europe in 2018 and debuted in the US on a new Boeing 737-9 operated by Alaska Airlines earlier this year.

Today’s agreement is between Inmarsat and the European Satellite Services Provider, a company founded by seven air navigation service providers from France, Germany, Italy, Portugal, Spain, Switzerland and the UK to operate and provide services for a satellite-based navigation system managed by the European Commission called the European Geostationary Navigation Overlay Service.

It aims to manage final testing and certification – which includes certification from the European Aviation Safety Agency ahead of commercial rollout across Europe.

John Broughton, Senior Vice President of Aircraft Operations and Safety Services at Inmarsat, said: “There is monumental support within the aviation industry for modernising air traffic management. The benefits for airlines and passengers are vast, from faster and more efficient flight routes with less delays, to improvements in environment efficiencies, including less fuel usage and carbon dioxide emissions.”

Elodie Viau, Director of Telecommunications and Integrated Applications at ESA, said: “ESA is proud to work with Inmarsat and the European Satellite Services Provider to digitalise air space and reduce the environmental impact of flying, while simultaneously improving the efficiency of the aviation industry. The digitalisation of our skies will lead to a greener environment, a better passenger experience, and a more competitive European economy.”