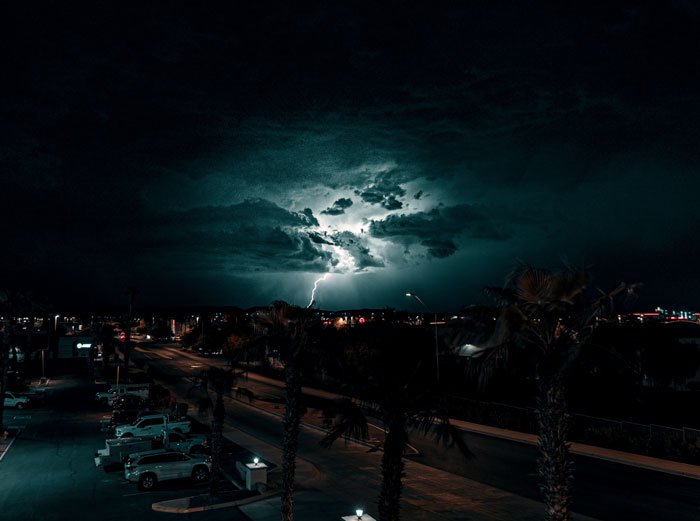 Extreme weather has returned to the southern USA – still recovering from the shock of the cold weather snap earlier this year – as dangerous tornadoes ripped through Alabama and Georgia, leaving at least five people dead and causing widespread destruction.

The tornadoes struck on 25 March as part of a system of extreme storms sweeping southern parts of the US.

Bad weather also hit the nearby states of Kentucky, Tennessee, Mississippi and North and South Carolina, with weather warnings issued across several areas.

Damaging winds of up to 80mph are also expected, along with large hail and isolated incidences of very large hail.

Warnings of significant weather disruption were issued and more than 26,000 houses in Alabama were reported to be without power because of the storms.

Hundreds of homes have been damaged or totally destroyed, with power lines down and trees uprooted. Many people were evacuated to safety.

In Oatchee, a small town in Calhoun County, five people were killed. Hundreds more across Alabama were reported as injured.

The same areas have already been threatened by tornadoes, with more than 50 reported in Alabama and Mississippi last week.

“Storms are expected to form over the next couple hours over central and western Mississippi,” said forecasters, adding that “supercells are likely, with tornado threat increasing as cells mature and move northeast toward Alabama.”

Supercells are a type of thunderstorm characterised by a deep, persistently rotating updraft. They are sometimes referred to as rotating thunderstorms and cause tornadoes along with other destructive types of weather like hail storms.

Supercells are one of the rarest types of thunderstorm, but they are most common in the central part of America.

Storms in Alabama and surrounding states are usually most destructive in spring, between March and May.

In 2020 a similarly widespread and deadly series of tornadoes swept through the Southeastern United States over the Easter weekend.

These states are often hit with storms, but in recent years, storms have become more destructive and more frequent.

Some studies have linked the higher prevalence of destructive weather events like the one Alabama is currently experiencing to climate change.

Alabama had at least 10 tornadoes on 25 March, including an EF3 with winds of 140 mph in Shelby County.

The 10 tornadoes that have been tracked and classified are: