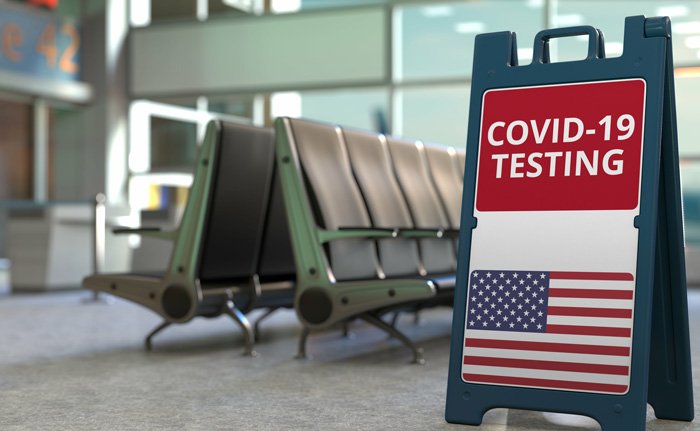 Fauci: no new US lockdowns despite Delta variant risk

Dr Anthony Fauci, President Biden’s chief medical adviser, said over the weekend that he does not expect the United States will return to lockdowns, despite the growing risks of COVID-19 infections posed by the Delta variant.

“I don’t think we’re going to see lockdowns,” Fauci, who is also director of the National Institute of Allergy and Infectious Diseases, tolds ABC’s This Week.

“I think we have enough of the percentage of people in the country – not enough to crush the outbreak – but I believe enough to not allow us to get into the situation we were in last winter.”

The Delta variant, first detected in India, is as contagious as chickenpox and far more contagious than the common cold or flu, according to the US Centers for Disease Control.

Although Fauci does not think the United States will need to shut down again as it did last year, he warned on ABC that “things are going to get worse” as the Delta variant continues to spread.

“We have 100 million people in this country who are eligible to be vaccinated who are not getting vaccinated,” he said.

His warning come as the surge in Delta variant cases continues to cause concern around the world.

Last week, the World Health Organization (WHO) said that the Delta variant of Covid-19 had been detected in 124 territories worldwide.

Indeed, it is expected to become the dominant variant globally in the coming months, with the WHO predicting that there could be more than 200 million confirmed cases within a matter of weeks.

Infections have been rising, particularly in Europe and the western Pacific region, though some Western countries, including the UK, have started to ease restrictions as death rates have dropped.

However, those countries without access to vaccines or with a slower vaccine rollout are facing a deadlier threat.

Parts of Asia that were previously relatively successful in containing COVID-19, such as the Philippines, Thailand and Vietnam, are also now locking down hot spots.

From Monday, the army will help police Australia’s biggest city Sydney, checking that people who have tested positive are isolating.