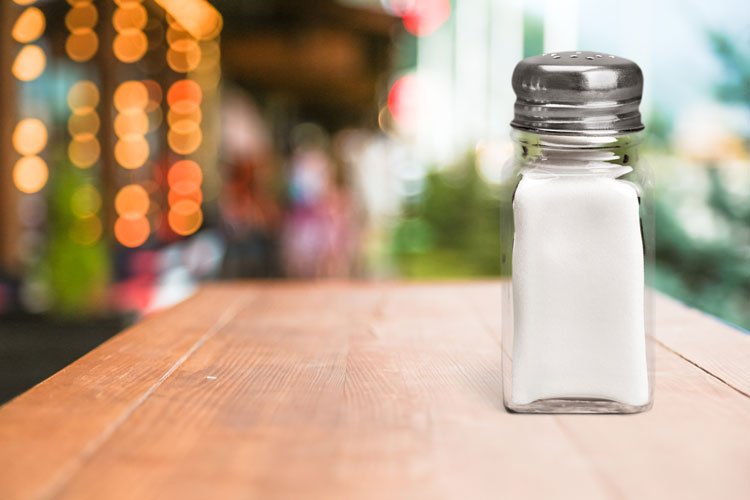 The US Food and Drug Administration (FDA) has issued new rules on the reduction of salt in the country’s foods as it admits the threat to health is now “urgent”.

“The FDA’s public health mission is to reduce the burden of chronic disease through improved nutrition,” said Janet Woodcock, Acting Commissioner of Food and Drugs – Food and Drug Administration. “As a nation, we are facing a growing epidemic of preventable, diet-related conditions like cardiovascular disease, diabetes and obesity, and the agency’s work in this area has become even more urgent.

“For these reasons, we’re taking a critical step to further address preventable diet-related chronic diseases and advance health equity that we hope will become one of the most significant public health nutrition interventions in a generation. “

The move has been backed by the scientific community.

President of the Centre for Science in the Public Interest (CSPI) Dr Peter Lurie said the tougher guidelines were desperately needed.

“Excess sodium in the diet, particularly from packaged and restaurant foods that account for over 70 percent of sodium intake, raises blood pressure, increases risk of cardiovascular disease, and can lead to tens of thousands of early deaths and billions of dollars in health care costs per year,” he explained. “And for far too long, much of the food industry has done nothing about this problem, despite knowing the risks posed by diets high in salt.

“That must change. And change might be more likely now that the Food and Drug Administration has finalised and released its long-awaited 2-year voluntary sodium reduction targets, first proposed in 2016. These guidelines, in part the result of a CSPI petition and lawsuit, are important because now the restaurant and packaged food industry has clear and achievable benchmarks by which public health officials and watchdog groups like CSPI can monitor the progress companies and brands make.”

However, he added that the US needed to go much further.

“While we’re glad the Biden administration has released the short-term 2-year sodium reduction targets, the federal government has much more it can do to encourage the industry to adopt them, and much more it could do to educate consumers about the importance of sodium reduction,” Laurie said. “In addition, the FDA must finalise its more ambitious, long-term 10-year targets for sodium reduction, already released in draft form, and develop new intermediate 6-year targets to ensure the industry’s progress can be measured mid-way. These targets remain voluntary and if compliance is poor, mandatory standards should be considered.”

Woodcock added the FDA’s research showed that people consume 50% more sodium than recommended. This includes our youngest and most vulnerable populations, with more than 95% of children aged 2 to 13 years old exceeding recommended limits of sodium for their age groups.

“Although many consumers may want to reduce their sodium intake, about 70% of the sodium we eat comes from packaged, processed and restaurant foods, making it challenging to limit sodium,” she said. “Changes across the overall food supply will make it easier to access lower-sodium options and reduce intake even in the absence of behaviour change.”

The targets in the final guidance seek to decrease average sodium intake from approximately 3,400 milligrams (mg) to 3,000 mg per day, about a 12% reduction, over the next two and a half years.

“Although the average intake would still be above the Dietary Guidelines for Americans’ recommended limit of 2,300 mg per day for those 14 and older, we know that even these modest reductions made slowly over the next few years will substantially decrease diet-related diseases,” Woodcock explained.

“Although many consumers may want to reduce their sodium intake, about 70% of the sodium we eat comes from packaged, processed and restaurant foods, making it challenging to limit sodium.”