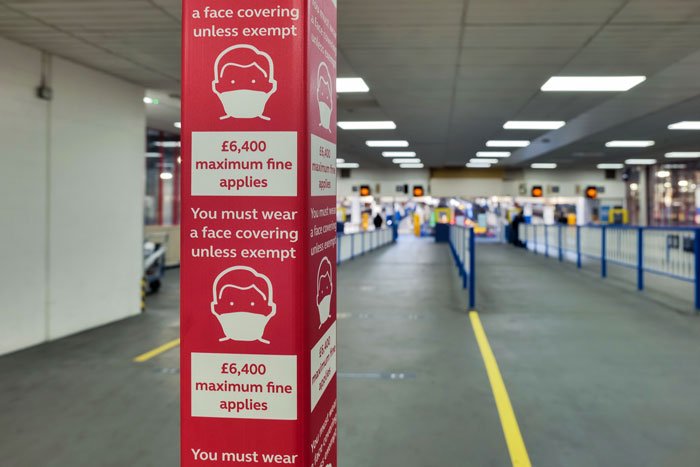 With the United Kingdom moving towards a tougher lockdown today (5 January), the medical community has warned of uncertainty surrounding the latest UK and South African strains of COVID-19 which have been identified in recent weeks.

While there is agreement that the new strain found in Kent in the UK is likely to be impacted by the vaccines currently being used in the UK, USA and Europe there are warnings that the South African strain may be more resistant.

Dr Tom Wingfield, Senior Clinical Lecturer and Honorary Consultant Physician at the Liverpool School of Tropical Medicine, warned the UK was in crisis and further lockdown was needed.

“There is not yet sufficient evidence to accurately inform estimates of the differential impact of the November national lockdown, December tier system, Christmas day relaxation of restriction measures, and the new SARS-CoV-2 variant on the current wave of Covid-19 in the UK,” he said. “As a hospital doctor in Liverpool, I am also acutely aware that the spread of the coronavirus was rapid and damaging here and in other areas of northern England prior to the discovery of the new variant.

“Therefore, it is misplaced to cite the new variant as the sole – or even predominant – cause of the increase in cases, hospitalisations, and deaths from Covid-19 until we have more detailed evidence.

“Sadly, the NHS is currently – and yet again – at breaking point due to Covid-19. This is in addition to already heavy ‘standard’ winter pressures. It is clear that, in order to avoid prolonged crisis and an overwhelmed NHS, we need additional mitigation measures to those currently in place, which might include  – despite the harsh social and economic harms that it entails – a return to a national lockdown.”

Prof Lawrence S Young, virologist and professor of Molecular Oncology, Warwick Medical School, University of Warwick, warned there remains growing concerns over the mutation of the South African strain of the virus.

“The South African virus variant was recently reported in a preprint ahead of formal publication.  The variant has multiple spike mutations and emerged in a major metropolitan area in South Africa following the first wave of the epidemic and then spread to multiple locations within two other neighbouring provinces.  It has rapidly spread to become the dominant virus variant in the Eastern and Western Cape provinces,” he explained.

“The South African variant has 3 mutations at key sites in the receptor binding domain (K417N, E484K and N501Y) of the spike gene.  Two of these (E484K and N501Y) are within the receptor-binding motif (RBM), the main functional motif that forms the interface with the human ACE2 receptor.  The N501Y mutation is the same as that found in the UK virus variant.  These changes are consistent with both these variants being more infectious (transmissible) but we don’t know whether they will affect the disease severity.

“While changes in the UK variant are unlikely to impact the effectiveness of current vaccines, the accumulation of more spike mutations in the South African variant are more of a concern and could lead to some escape from immune protection.”

Prof Young explained: “Variants of SARS-CoV-2 have been around since the beginning of the pandemic and are a product of the natural process by which viruses develop and adapt to their hosts as they replicate.  Most of these mutations have no effect on the behaviour of the virus but very occasionally they can improve the ability of the virus to infect and/or become more resistant to the body’s immune response.  Many thousands of these mutations have already been identified in isolates of the virus with around 4000 spike mutations being found in different viruses from around the world.  The UK and South African virus variants have changes in the spike gene consistent with the possibility that they are more infectious.

“The move to harsher levels of restriction across the country is inevitable.  It is essential that we do everything possible to prevent the South African variant from spreading to the UK population.  Quarantine measures and restricting travel from and to South Africa are imperative.”

Dr Simon Clarke, associate professor in Cellular Microbiology at the University of Reading, warned the lack of knowledge on how the South African strain will react is hampering the medical community’s efforts to combat it.

“The variant found in South Africa, which is now also seen in the UK, is another mutated version of the coronavirus which is causing significant problems,” he explained. “The South African variant has a number additional mutations including changes to some of the virus’ spike protein which are concerning. They cause more extensive alteration of the spike protein than the changes in the Kent variant and may make the virus less susceptible to the immune response triggered by the vaccines.

“While it is more infectious, it currently remains unclear whether it causes a more severe form of the disease.  Moreover, the South African variant is a more difficult virus to track as it lacks some mutations in the spike found in the Kent virus which make it easily detectable by the PCR test used by the NHS.”

However, Prof James Naismith, director of the Rosalind Franklin Institute, and University of Oxford, said the fears over the new strains were counter-productive:

“For the general public, I would say think about our human nature. Many of us like a good scare and horror stories are part and parcel of human culture, which means such things get a lot of coverage.  However a drumbeat of nightmare scenarios about this new variant does nothing but create anxiety because too little is known and there is nothing we can do about it at the moment.  Prolonged anxiety is far from enjoyable and leads to mental illness.  I would say there are many much more positive things we can do.

“We can support scientists to work on the new variants and keep other research efforts to treat the disease going (don’t stop funding covid19 science just yet).  We can all help if we redouble our efforts to wash our hands, wear a mask and socially distance.  The faster and further the vaccine is rolled out, the quicker the end to this nightmare.  We can all help each other through kindness and understanding, many are grieving, others are financially very stretched and other are very lonely.  We can help by not amplifying or spreading doomsday scenarios or spreading magical thinking or nonsense information.

“And we need to have a proper informed debate: further social restrictions are required if we wish to avoid overloading the NHS before the vaccines stop spread.  Those who advocate reducing social restrictions really should make clear the costs in lives of their policy.  In our democracy we elect politicians, not scientists, to take decisions. We expect politicians to make decisions based on facts, not fantasy.”

“The South African virus variant was recently reported in a preprint ahead of formal publication.  The variant has multiple spike mutations and emerged in a major metropolitan area in South Africa following the first wave of the epidemic and then spread to multiple locations within two other neighbouring provinces.”