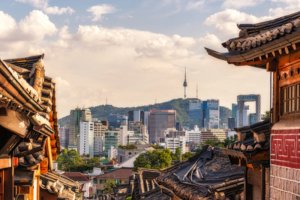 Ratings firm Fitch has warned Korean insurers’ financial performance and business growth are likely to be constrained by the coronavirus outbreak in the near term.

South Korea confirmed the first case of coronavirus on 20 January and the number of confirmed cases has increased to more than 7,500. The country raised its alert level to the highest in the four-tier system on 23 February as the threat from coronavirus grew. However, infections are currently concentrated in certain areas of the country, such as Daegu and its neighbouring North Gyeongsang province, which account for more 80% of the total number of confirmed cases in Korea. The Korean government has implemented various measures to control the spread, such as increasing the speed and number of diagnosis tests and postponing the new semester for schools. It has also planned an emergency budget to support the economy.

The firms says as the country continues to battle the spread of the virus, it expects that the recent rapid spread of coronavirus in Korea could raise Korean insurers’ investment asset risks due to the higher financial-market volatility as well as expected interest-rate cuts by many central banks, including Korea’s, to minimise the impact of the epidemic on the global economy.

In addition, the outbreak could dampen insurers’ growth due to disruptions to their distribution channels and overall business activities. Consumers and agents are avoiding in-person contact, while the bancassurance channel has been affected by the suspension of operations at some bank branches and reduced customer traffic.

Fitch added: “Life insurers are more likely to be affected by the market disruptions than non-life insurers, as major life insurers in Korea have a negative spread burden – which remains one of major challenges to bottom-line profitability. A sharp decline in interest rates could put pressure on capitalisation via profitability deterioration, especially for those exposed to relatively large negative spreads.”

It added: “Fitch believes more subdued business activities to affect the premium growth of non-life insurers. For example, some Korean manufacturers have had to suspend operations due to disruptions in the supply of components, mainly from China, or due to infections among workers. Nevertheless, Fitch also anticipates the loss ratios in the auto and medical indemnity segments to improve, as more people work from home, stay indoors and refrain from visiting clinics, based on experience during the outbreak of Middle East Respiratory Syndrome (MERS) in 2015.”