Aviva CEO Amanda Blanc’s independent review into the floods which hit South Yorkshire 12 months ago was released yesterday and was yet another blow to the insurance market.

Ms Blanc had not taken the Aviva hot seat when she was asked by the government to undertake the review but the conclusions found there is much work to do for insurers and the wider industry as the threat of natural peril driven by the changing climate continues.

The UK is no stranger to flooding and last month the Met Office issued a report which stated that things are likely to get worse with hotter summers and rain-soaked winters becoming the new normal.

In the face of a deluge of past claims the industry and government worked on the creation of an insurer of last resort, Flood Re. However, Ms Blanc found there is evidence that Flood Re has not reached many of those it was designed to protect.

She warned if the take up of Flood Re in Doncaster was to be replicated, this could add up to tens of thousands of households across the UK going without flood protection unnecessarily.

“While there is no single point of blame, it is worrying that too many people are falling through the cracks and the system as a whole needs to be tightened up to ensure that no-one misses out on support to which they are entitled,” she said.

Ms Blanc also said that throughout the review process she “encountered numerous examples of people or businesses having little trust in insurance or insurers”.

“I am not making a judgement about whether this mistrust is warranted, but this problem was clearly not helped by my own discovery of some worrying instances of poor behaviour by insurers in handling claims from the 2019 Doncaster flood,” added Ms Blanc.  “The Association of British Insurers has been quick to act with a new Code of Practice, but instances like this make it far harder to help people be confident that their insurer will support them in their hour of need.

“There is still much work to be done to tackle the problem of trust and service delivery in the insurance industry. Resolving this perennial issue will go a long way to ensuring that people and businesses can make proper informed decisions about the true value of having adequate insurance cover in place.” 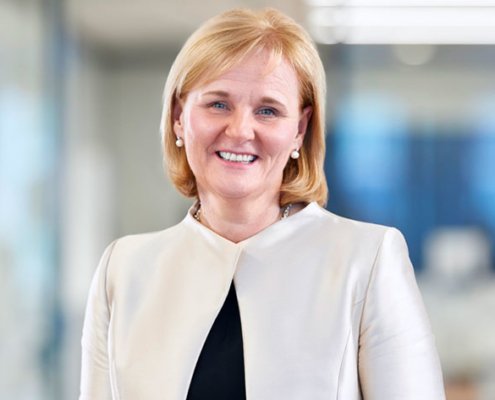 “I am not making a judgement about whether this mistrust is warranted, but this problem was clearly not helped by my own discovery of some worrying instances of poor behaviour by insurers in handling claims from the 2019 Doncaster flood.”