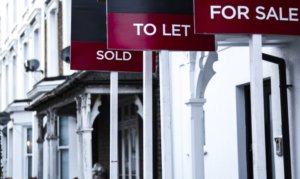 The recent floods which have hit parts of the United Kingdom have not dampened property price increases according to research released today.

Estate agent comparison site, GetAgent.co.uk, said despite a number of serious flooding events across the nation in the past decade prices are still rising yet there is little done to protect those homes and properties form future flood risks.

GetAgent.co.uk compiled house price data for the areas marked as the most at risk in England by the Environment Agency, analysing how prices have changed in the last 10 years, and how this compares to the wider areas these locations sit within.

The data shows that in the last 10 years, house prices in England have increased by some 49%. When looking at all areas marked at risk of flooding, house price growth has trailed marginally behind at 47%. However, house price growth in the wider counties in which these flood risk locations are found has only increased at 45% during the same time frame suggesting flood risk areas are outperforming the more local market.

When breaking these flood risk areas down by danger to the number of homes in them, all but one bracket has seen house prices increase at a greater rate than the wider area.

In areas where the total number of properties with a significant likelihood of flooding sits between 2,500 and 5,000, flood hit house prices are up 49% to just 47% across their respective counties.

In areas where the total number of properties with a significant likelihood of flooding sits between 5000 and 7,500, flood hit house prices are up 44% compared to 42% in the wider areas.

However, while all flood risk areas in the list have seen prices increase over the last 10 years, there are some that have trailed behind the wider area when it comes to this level of growth.

Founder and CEO of GetAgent.co.uk, Colby Short, said: “It’s becoming very clear that attempts to protect the nation’s homeowners from more frequent floodwaters are inadequate and more must be done to help those in need safeguard what is likely to be their most expensive asset.

“Of course, on a case by case basis, flooding is costing homeowners thousands upon thousands and those worst at risk year in year out will no doubt struggle to sell at a decent price as a result.

“However, looking across the nation at the top line, the risk of flooding is yet to dampen house price growth across the majority of these most at risk areas and in fact, house prices in a lot of flood risk areas are climbing at a faster pace than the wider areas they are situated within.”

He added: “This is no doubt due to a shortage of stock which in some cases leaves us no choice but to build and live in areas that could be a flood risk. When you also consider that many of our major towns and cities are naturally home to more buoyant house prices but are located on or near major waterways, then it makes sense that prices will remain high regardless of the dangers.

“Not only this, but waterways are a popular aesthetic draw and can act as selling points that differentiate a property from others in the area and cause the seller to ask for that little bit more when it comes to a transaction.”