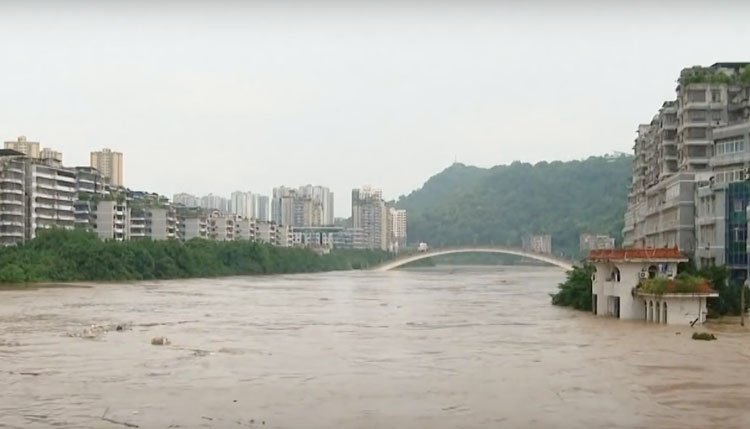 Chinese non-life insurers are set to be badly hit by the rising costs of widespread floods which hit parts of the country last month.

Ratings firm Fitch has warned claims from the floods will undermine the underwriting results of Chinese non-life insurers in 2020.

“The increase in claims related to the floods and slower premium growth due to the coronavirus pandemic will squeeze the operating margin of property insurers in 2020,” said a spokesman from the firm’s Shanghai office which has carried out the research. “Economic damage from the floods is likely to be costly as heavy rainfall has ruined thousands of buildings since early June 2020. Fitch will monitor the insurance losses and their impacts on insurers’ financial performance and solvency adequacy.”

Heavy rainfall from early June resulted in severe floods in southern China, including in Guangdong, Guangxi, and Fujian Provinces, and the Yangtze River basin, including the provinces of Hubei, Hunan and Jiangsu. More than 140 people have died or are missing and about 2 million residents needed to be relocated due to flooding, according to China’s Ministry of Emergency Management (MEM). The floods have resulted in direct economic losses of more than CNY69.6 billion as of 10 July, MEM said.

“Catastrophe risks, such as typhoons or flooding, pose threats to Chinese insurers’ financial viability, even though the overall penetration rate for catastrophe coverage is not high,” said Fitch. “Insurers generally manage their catastrophe risks, including flooding, through active monitoring of risk accumulation and reinsurance protection.

However, limited claims statistics, increased frequency of extreme weather events, and the geographical diversity in China challenge insurers’ ability to enhance their sophistication in pricing and modelling risks associated with floods. Nonetheless, depending on the reinsurance structure and coverage limits, Fitch expects direct insurers to recover part of their insured losses from the floods from reinsurers.”

Fitch  said it expects claims from the floods to continue to surge as the rainy season is still to be completed in certain parts of China. According to the  insurance regulator, insurers in Hubei, Guangxi and Jiangxi provinces have reported aggregate incurred losses of more than CNY500 million as of 9 July, including claims from motor, agricultural and property insurance.

Chinese non-life insurers were hit by substantial claims following heavy flooding in 2016. The insured loss related to the string of floods and storms in June to August in 2016 exceeded CNY4 billion.