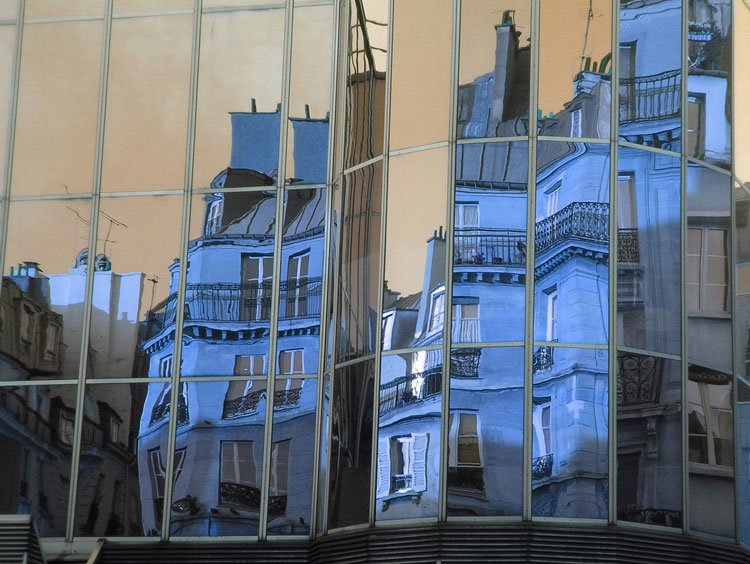 As wildfires continue to blaze across swathes of the South of France, authorities in France are looking at how to make cities more bearable during hot weather.

Firefighters were this week struggling to control blazes in France’s Gulf of Saint Tropez, as a wildfire burned through 5,000 hectares in France’s Var department, leading to the deployment of about 900 firefighters and the evacuation of at least 10,000 people, according to local authorities.

However the effects of climate change are not merely a concern for the countryside; rising summer temperatures are known to cause the ‘îlot de chaleur’ (urban heat islands) phenomenon, where a combination of architecture, lack of green space, traffic and air conditioning raise the temperature by up to 6C, compared to the surrounding countryside.

The heat islands also don’t cool as much at night, meaning people struggle to recover from the effects of intense heat.

“By the end of the century, heat waves will be more frequent, more intense, and spread over a period from May to October,” warned the French Haut Conseil pour le climat (High Council for the Climate) in its latest report.

Now a major study by the Centre nationale de la recherche scientifique (CNRS) and French weather forecaster Météo France has mapped these heat islands to show where they are most intense and how city leaders can cool their towns down.

The map looked not at overall temperatures, but at how much hotter each town or city was than the surrounding countryside and gave it a score of negligible (less than 2C hotter), non-negligible (between 2C and 3C hotter), strong (between 3C and 6C hotter) and very strong (more than 6C hotter).

Only Paris scored ‘very strong’ with more than 6C difference to the surrounding countryside, while the city with the lowest score was the southern seaside town of Montpellier.

As well as mapping the heat difference, researchers also assessed what percentage of the population was affected.

Of the top 5 cities with the biggest differences, all were in northern or central France – Paris, Lille, Lyon, Grenoble and Reims.

The study also noted which cities have the most people in at-risk groups who are affected by heat islands.

The data found that the number of elderly people most exposed to extreme ‘urban heat islands’ was again highest in Paris, followed by Lille.

In order to give authorities guidance on where to start work, the data also looked at the socioeconomic groups most affected, noting that wealthier people are more likely to be able to protect themselves – whether by buying expensive fans, renovating to improve energy efficiency and insulation or just heading off to the countryside until it cools down – than poorer groups.

French authorities appear to be alert the phenomenon, however. Most cities now have heatwave plans, and when the temperature rises you will see the addition of ‘brumisateurs ‘(which blow out cool water vapour) and extra water fountains to many city landscapes. Parks stay open at night and ‘cool rooms’ open up to give those in at-risk groups a chance to be taken somewhere they can cool down.

The map looked not at overall temperatures, but at how much hotter each town or city was than the surrounding countryside and gave it a score of negligible (less than 2C hotter), non-negligible (between 2C and 3C hotter), strong (between 3C and 6C hotter) and very strong (more than 6C hotter).