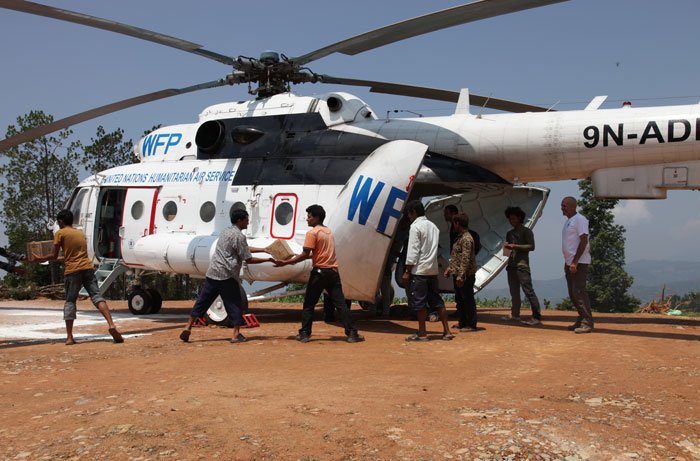 The World Food Programme (WFP) has issued an urgent plea for funding for the United Nations Humanitarian Air Service (UNHAS), amid fears that it will be forced to cease operation leaving millions in danger of starvation.

The organisation described UNHAS as “a critical lifeline transporting humanitarian workers and lifesaving cargo to some of the most challenging and hard-to-reach locations”. It now faces a funding a shortfall of $204 million to continue existing operations beyond the end of this month.

“UNHAS is, in most cases, the only way that humanitarian organisations can reach people in need, particularly in countries with ongoing conflict and where access by road or sea is not feasible,” says Amir Abdulla, Deputy Executive Director of the United Nations World Food Programme, which manages the service. “The disruption of UNHAS operations would cripple the ability of the entire humanitarian community to reach some of the most in need people on the planet.”

The WFP warned disruptions in UNHAS operations have the potential to impact major humanitarian operations including those in Yemen, the Syrian Arab Republic and Haiti, where conditions continue to worsen due to ongoing conflict and the impact of COVID-19.

“UNHAS has not only ensured humanitarian workers and cargo were able to safely reach people in need during the COVID-19 pandemic but has also played an important role in national responses to the pandemic, transporting test samples and critical medical supplies on behalf of governments in many of the countries in which the service operates,” it explained.

UNHAS, was established in 2004 to serve the humanitarian community where safe and reliable commercial air transport is not available. The service currently runs 21 operations and carries up to 400,000 passengers every year to over 400 destinations via a fleet of aircraft and helicopters. UNHAS, on top of regular passenger and light cargo transport, also performs crucial medical and security evacuations.