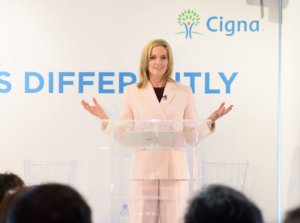 Television presenter Gabby Logan (pic) has spoken to Emerg-in.co.uk over the need for employees and employers to remove the stigma surrounding stress.

As the global insurance industry gets set to stage its annual Dive In festival Gabby spoke out about the need for workers to recognise that stress can be a serious issue, and for employers to understand that tackling stress can ensure their staff are not only happier, and healthier but also more productive.

She was speaking as global health service, Cigna launched new research that revealed 87% of managers in the UK admit to having their work phone on them outside the office and when on holiday. This is leading to an ‘always on’ culture in the workforce, setting an unhealthy precedent for staff and creating an environment that leads to stress.

Cigna said: “Burnout almost becomes inevitable when the research reveals that nearly half (47%) admitting to having felt stressed but not taking a sick day from work – because they would feel guilty (35%) for doing so.”

Gabby said: “All too often with stress we treat the symptoms but not the cause. It is interesting that the research found 86% of people who admitted suffering stress will not consider consulting a medical professional for help.”

“The is still a stigma in saying you are suffering from stress,” she added. “You won’t say you are stressed as it is seen as saying that you cannot cope.”

Gabby grew up as an international gymnast and said that exercise was her way of coping with stress. However, she said that she was impacted by tragedy when she was 19 with the death of her 15 year-old sister.

“I tried to cope and became a stress eater,” she explained. “I put on a stone in weight.

“I know you cannot use food as a crutch, exercise is beneficial. When I gave up gymnastics, I looked for a new form of exercise and took up running.

“I travel a lot for my job and exercise is how I cope with being away from family and friends. I have always run while I was away and when I covered the Women’s World Cup in France there were a number of us who would run regularly together.

“We have to recognise the impact stress can have on us and our workmates. You need to talk to people, exercise and look to eat right.”

On coping with the pressure that comes with being one of the country’s leading television presenters Gabby told Emerg-in.co.uk: “If you don’t look to understand what you need to do in your role and prepare for that you are going to invite stress.

“I am very lucky that I can say I enjoy my job and that is really important. Fundamentally if you do not enjoy your job then it is an issue. If you are feeling stressed you need to be able to talk to someone, maybe you manager, and know that they will not only listen, but they will take your worries seriously and look to help.” 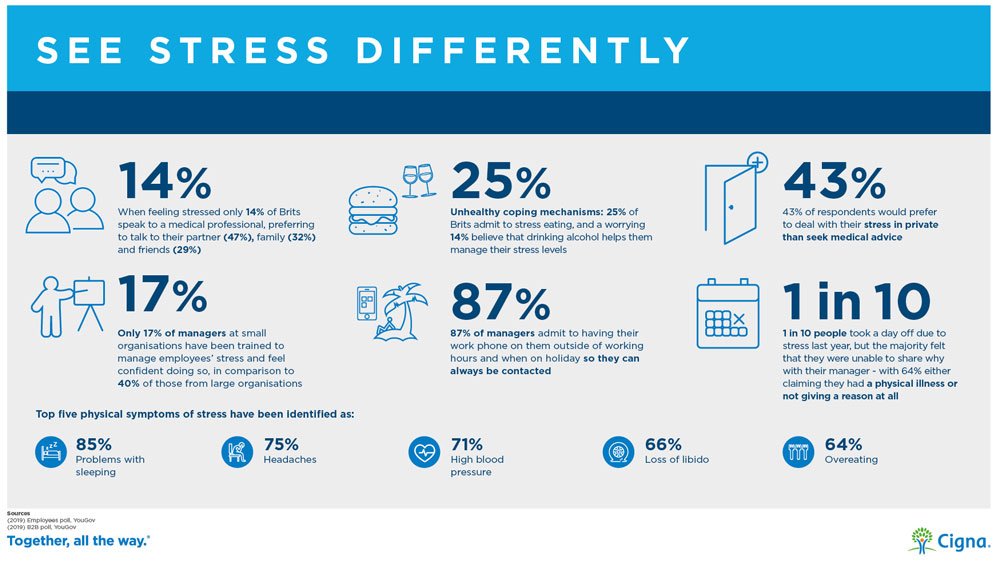