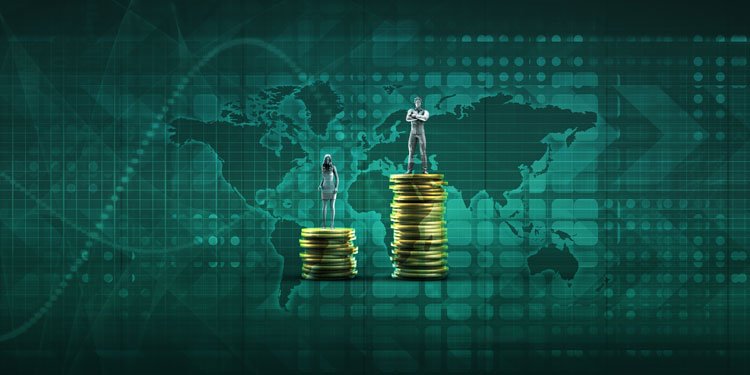 An employment coaching expert has hit out at new research which found that female directors in some of Britain’s biggest financial services firms earn just a third of the salary enjoyed by their male colleagues.

Nick Goldberg, founder of digital coaching firm Ezra, was speaking as research from law firm Fox & Co found that while the numbers of females on boards had risen the gender pay gap is still evident.

The research studied the pay gaps within financial firms that make up part of the UK’s biggest 350 listed companies. It reported Women board members made £247,100 pounds ($349,720) on average per year while men earned £722,300 pounds.

Mr Goldberg said: “We’ve seen strong progress in terms of addressing the gender imbalance within the workplace, but it seems as though we’ve still got a way to go before we achieve a truly level playing field. Our research shows that just six per cent of FTSE 100 CEOs are women and they earn 17% less on average when compared to their male counterparts.

“Such findings would suggest a degree of structural discrimination remains and this simply isn’t acceptable in this day and age.

“Of course, appointing and promoting women within the workplace as a box-ticking exercise is not progress and that’s not what we want to see.

“The suitability of any candidate should always be ascertained based on experience and skillset regardless of what level of the business they sit within. A person’s gender shouldn’t come into it, nor should it act as a glass ceiling where the opportunity for career progression is concerned. Unfortunately, it seems as though this ceiling is still present within big business today.”

“Despite having greater levels of diversity at more junior levels, financial services firms are still struggling to reflect that shift at the senior executive level,” said Catriona Watt, partner at Fox & Partners.

“In order to see long-term change, firms must be committed to taking steps that will lead to more women progressing through the ranks, getting into senior executive positions and closing the pay gap,” she said in a statement.