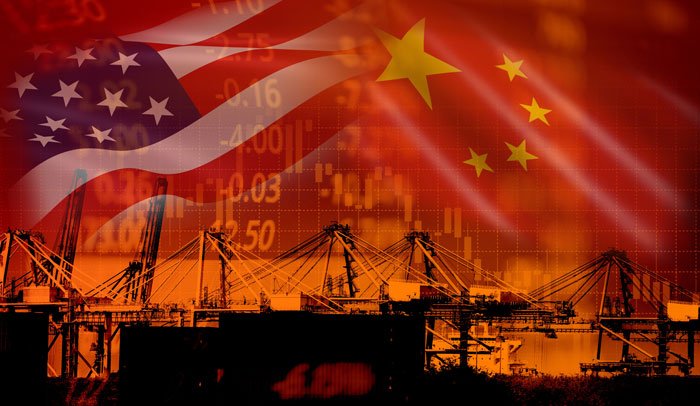 A new report from Swiss bank Union Bancaire Privée (UBP) highlights the growing geopolitical tensions between China and the United States, which are set to give rise to a number of emerging risks in the near future.

The report, China, Transitioning to a Brave New World, says that “with the end of the Trump era in the United States, we surmised that the tension between the two largest economies in the world would stabilise, though probably not recede from the confrontational stance seen at the end of the US-China Trade War in 2019.

“The recently concluded US-China summit in Anchorage, Alaska gave the US and China an opportunity to reset their relationship under the newly installed Biden administration. Instead, the acrimonious summit cast aside any hopes of a return to a pre- Trump détente between the world’s two great powers.”

The report also suggests that what was perhaps more surprising was that the US revived the Indo-Pacific alliance referred to as ‘The Quad’, comprising the United States, Japan, Australia and India. Having been informally in place since 2004 and reinvigorated in 2017 under the previous administration, the new alliance held its first formal, though a virtual summit.

While the staying power of this alliance is unclear, given its history, the prominence of India especially in light of its on-going border clashes with China may bring the 2nd most populous nation closer to the American sphere of influence.

Moreover, and perhaps most importantly, according to UBP, was the lead taken by the European Union in levelling sanctions against its largest trading partner in response to ‘human rights violations and abuses’:

“Though joined by the United States, Canada and the United Kingdom, the significance of the sanctions lies in them being the first EU sanctions on China for human rights abuses since the 1989 Tiananmen Square crackdown.

According to UNP, though China has a few cards up its sleeve in this on-going strategic competition, the ability of the US to bring both India and the European Union into its camp at this early stage raises the risk of a continued containment effort on the part of the new US administration.

“It remains to be seen, however, whether the alignment of India and the EU with the US is opportunistic and could shift depending on the issue at stake, or whether progress has been made to render it more strategic in nature,” the report adds:

“As we have outlined previously, the US retains the ability to exploit China’s reliance on global capital and access to advanced technology, in case hostilities escalate. Unsurprisingly, China has anticipated this: it is no coincidence that its latest Five-Year Plan focuses on domestic self-sufficiency, which it will need if the US, the EU, India and China were to turn more confrontational.”

“The recently concluded US-China summit in Anchorage, Alaska gave the US and China an opportunity to reset their relationship under the newly installed Biden administration. Instead, the acrimonious summit cast aside any hopes of a return to a pre- Trump détente between the world’s two great powers.”