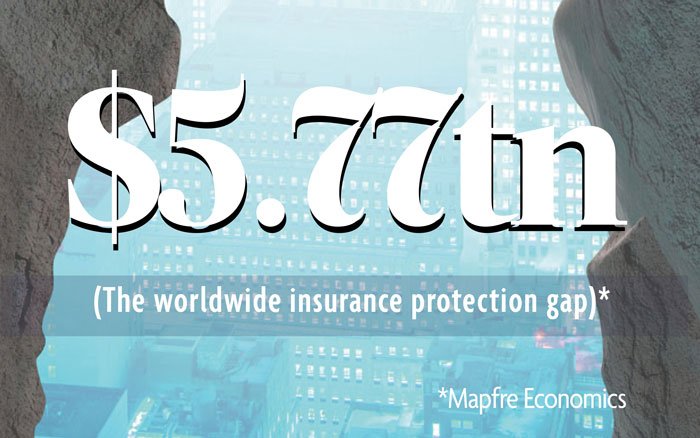 The worldwide insurance protection gap has now reached some $5.77 trillion – or 658 basis points (bps) of global GDP – according to the latest research by Mapfre Economics.

The analysis comes as part of its updated Global Insurance Potential index (MAPFRE GIP) with the latest available data from 2019.

This indicator is calculated for 96 insurance markets, including both developed and emerging markets. The aim is to measure the insurance protection gap across the globe by creating a metric that summarizes the markets offering the highest insurance potential in the medium- and long-term.

The indicator is built based on estimates of the size of the insurance protection gap (IPG) in these markets, as well as their ability to consume it.

The IPG represents the difference between the insurance coverage that is economically necessary and beneficial to society, and the amount of such coverage actually purchased. It is not a static concept, but one that varies in line with how a country’s economy and population grows.

It also depends on the emergence of new risks inherent in economic and social development.

More than 70 percent of the current gap is explained by the underinsurance of emerging countries, with aging populations, their income growth and size factors that determine the widening insurance gap for the Life business in these countries.

The Mapfre GIP also takes other variables into account alongside the IPG, including among other things: penetration (premiums/GDP); economy size;  and population size. In short, it produces a score according to which the markets are ranked based on their contribution to closing the global insurance gap.

In order to be ranked highly, markets need to be large in size (measured in terms of their GDP) and also need to have adequate capacity to close their own IPG.

Nonetheless, the report recognizes the value of those countries that have ample capacity to close their own gap, but also have relatively little economic weight and are therefore placed in a low position in the ranking.

These markets represent a future source of insurance potential given their alignment, which makes them a focus of considerable attention in the report.

Mapfre points out that, for example, there are three countries—Egypt, Pakistan and Nigeria—that, in the next few years, could be contenders in the life segment for the top ten positions currently occupied by other emerging markets.

Within the non-life segment, Pakistan, Egypt, Bangladesh, Nigeria and the Philippines (in that order) have been identified as countries with huge potential to reduce their domestic insurance gap. Moreover, if they were to grow in size, they could, in the long-term, rise above other emerging markets in the index.

You can read the full version of the report here. 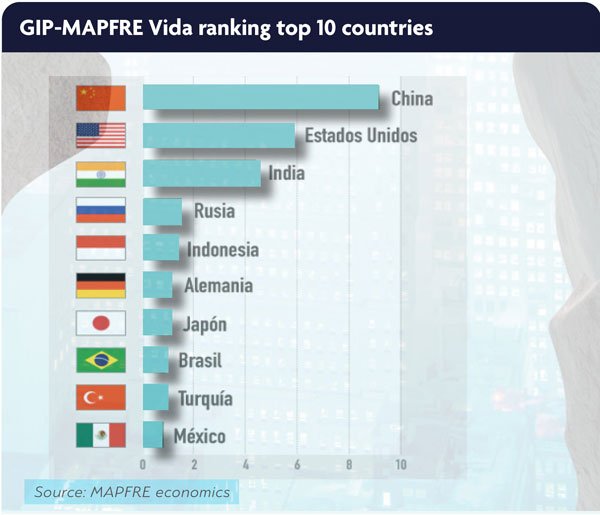