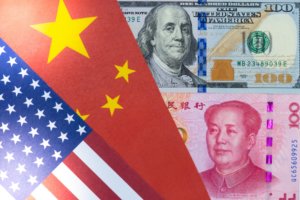 A survey of 41 major corporations by broker Willis Towers Watson has found a growing fear amongst international firms over the rising threat of political risk to their operations.

The research found that 61% of firms believe political risk levels increased in 2019. Disruption of international trade was considered the most significant risk in the majority of regions. 58% of respondents cited trade sanctions as a concern for their operations in Europe, 70% in Asia Pacific, while for Russia and The Commonwealth of Independent States (CIS), the figure was 77%. Sanctions against Russia, Iran and Venezuela, a trade war involving China, and the threat of Brexit in Europe were reported as concerns by respondents.

Fears around political violence were the highest in Africa (74%) and the Middle East (71%), with respondents reporting that new technologies such as drone strikes could exacerbate such risks.

2019 also saw an increase in the proportion of companies reporting that they had experienced political risk losses, according to the research. 54% of respondents had experienced a loss due to political violence, compared to 48% in 2018. 46% reported losses due to trade sanctions or import / export embargoes in 2019, compared to 2018’s figure of 40%. 32% of companies with revenues exceeding $1 billion reported previous experience of a catastrophic (more than $250 million) political risk loss.

“It is clear from our survey that political risk continues to increase, and that related financial losses are on the rise,” said Paul Davidson, Chairman of Financial Solutions at Willis Towers Watson. “Corporations now face a strategic choice: to either maintain their global business models while accepting, mitigating or transferring the political risks associated with them, or attempting to realign themselves with the emerging shape of a new and apparently more nationalist global landscape.”

As in previous years, the study included in-depth follow-up interviews with a panel of survey participants. The panel’s top risks of concern included “US-China strategic competition,” “Middle East regional stability,” and an “ESG [Environmental/Social/Governance] shock.” This latter risk had not appeared among the top ten in 2018, but panellists indicated that rising tensions between business and society were increasingly leading to political risk events.