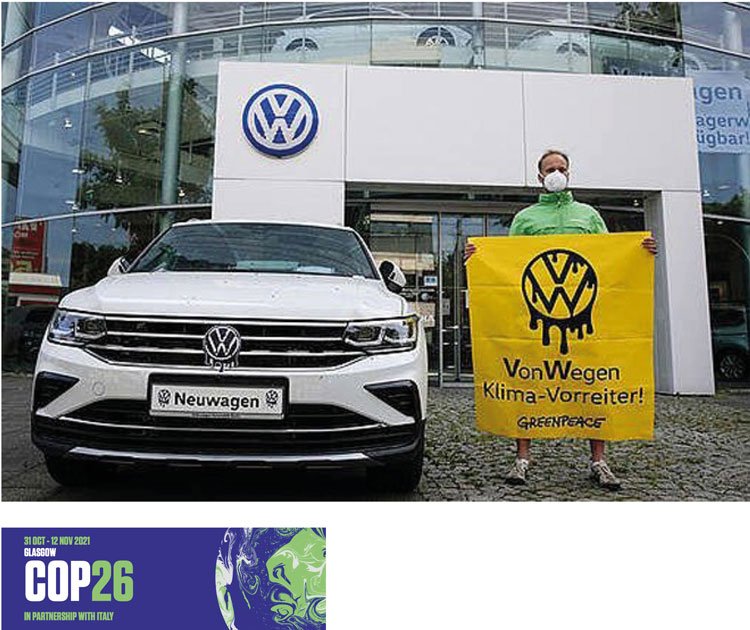 Greenpeace Germany, alongside environmental activist Clara Mayer, has initiated legal action against Volkswagen in a German court, accusing the company of failing to do its part to combat climate change.

The claimants had given Volkswagen eight weeks to consider their demands, which include ending production of internal combustion engine cars by 2030 and reducing carbon emissions by at least 65% from 2018 levels by then, before filing the suit.

Commenting on the latest developments, a spokesperson for the company stressed that

Volkswagen stands for climate protection and decarbonising the transport sector, but that it cannot tackle this challenge alone:

“The task of designing appropriate measures belongs to Parliament. Civil court disputes through lawsuits against singled-out companies are not the place or way to do justice to this task of great responsibility.”

A similar lawsuit was filed in late September by the heads of German environmental organisation Deutsche Umwelthilfe against BMW and Daimler , when both companies also rejected demands to end production of fossil fuel-based cars by 2030 and limit CO2 emissions before then.

The lawsuits draw on two prior climate-related cases: a German ruling in May 2020 that the country was failing to protect future generations from the consequences of climate change, and a Dutch ruling the same month ordering oil firm Royal Dutch Shell to reduce its emissions, the first time a private company was held responsible for its impact on the climate.

Shell is appealing the ruling by the Dutch Court which ordered it to cut its carbon emissions by 45% over the next decade.

Shell said it will speed up its energy transition plans in response to the order, but is looking to overturn it so it can stick to its own climate timetable.

“We will accelerate our transition to net zero,” CEO Ben van Beurden said in a statement, confirming an earlier assertion made after the ruling.

“But we will appeal because a court judgment, against a single company, is not effective,” he said. “What is needed is clear, ambitious policies that will drive fundamental change across the whole energy system.”

The lawsuits draw on two prior climate-related cases: a German ruling in May 2020 that the country was failing to protect future generations from the consequences of climate change, and a Dutch ruling the same month ordering oil firm Royal Dutch Shell to reduce its emissions, the first time a private company was held responsible for its impact on the climate.