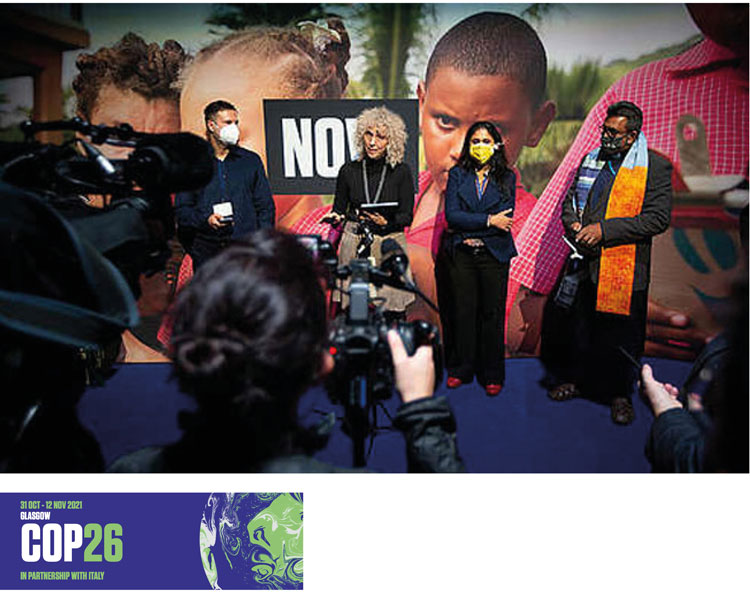 The executive director of Greenpeace International Executive has warned COP26 still has far more to do but hailed the agreement of the move to a new system of greener financial services as one of the highlights of the summit’s opening week.

Jennifer Morgan said the financial services sector’s actions were a “significant move” towards the ending of fossil fuels but added global governments needed to drive home real change in the week ahead.

“It’s been a bad week for the fossil fuels companies, but not bad enough, and things need to get a lot worse for them before this COP is over if we’re going to call Glasgow a success,” Morgan said. “We’ve seen some big announcements, but too many pledges have been voluntary and too often the small print includes big loopholes. The goal hasn’t changed, it’s 1.5C, and while we’re closer than we were, there’s still a long way to go.

“The leadership at this COP has come from youth activists and the so-called climate vulnerable nations, while many leaders of bigger and richer countries are yet to step up. The magic dust at these COPs is often trust, it’s what can unlock the talks, and the way to build it in week two is to make breakthroughs on the promised $100bn a year of finance, on adaptation, and loss and damage. As the prime minister of Barbados Prime Minister Mia Mottley said, the countries here in Glasgow need to “try harder, try harder”.

“Over 20 countries and financial institutions agreed in Glasgow to stop new direct public support for fossil fuels by the end of next year, while India’s 2030 renewable energy commitment was the kind of surprise that can spur others to action. The call by the Climate Vulnerable Forum to have countries make annual climate commitments, instead of every five years, is a big move that needs to get traction in week two.”

On the financial services deal Morgan added: “Over 20 countries and financial institutions agreed to end new direct public support for the international unabated fossil fuel energy sector by the end of 2022. Instead, this support will be prioritised to fully support the clean energy transition.

“This is a significant move towards the end of the fossil fuel era, especially given the global scale of fossil fuel financing, and the fact that the US is backing this agreement. To be truly effective we need to look at whether Australia, Canada, Japan, Korea, Germany and Italy have signed up. Countries must make binding national commitments to immediately end all new fossil fuel projects, whether via overseas funding, domestic licensing or permitting.”

She added: “The big decisions at COP26 need to be consistent with the science and designed to build trust. That means no new fossil fuels and a scaling up of support for the most vulnerable. The $100 billion climate funding target, with more cash on top, is overdue, while the unnecessarily hard nut of adaptation has to be cracked. We are here in Glasgow because lives are on the line. Next week is a test for humanity and a time for action.”

“Over 20 countries and financial institutions agreed in Glasgow to stop new direct public support for fossil fuels by the end of next year, while India’s 2030 renewable energy commitment was the kind of surprise that can spur others to action. The call by the Climate Vulnerable Forum to have countries make annual climate commitments, instead of every five years, is a big move that needs to get traction in week two.”

Antibody boost for those over 50
Scroll to top