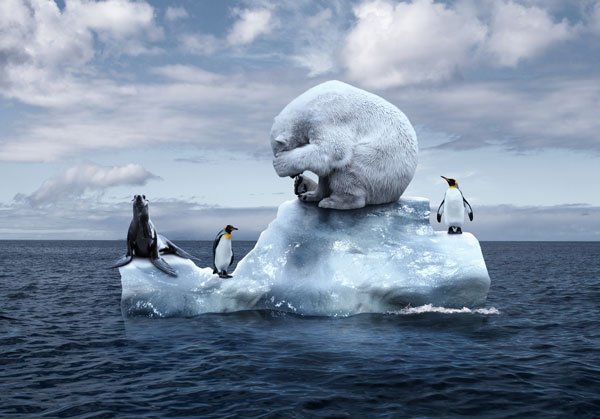 There are dire warnings that climate change and a shift in land usage is set to wipe out almost a quarter of the world’s natural habitat.

Researchers from the University of Cambridge’s Department of Zoology have warned mammals, birds and amphibians worldwide have lost on average 18% of their natural habitat range as a result of changes in land use and climate change. However, it added that unless steps are taken to halt the erosion in a worst-case scenario this loss could increase to 23% over the next 80 years.

The study, published in the journal Nature Communications, analysed changes in the geographical range of 16,919 species from 1700 to the present day. The data were also used to predict future changes up to the year 2100 under 16 different climate and socio-economic scenarios.

A diverse abundance of species underpins essential ecosystem functions from pest regulation to carbon storage, explained the research. Species’ vulnerability to extinction is strongly impacted by their geographical range size and devising effective conservation strategies requires a better understanding of how ranges have changed in the past, and how they will change under alternative future scenarios.

“The habitat size of almost all known birds, mammals and amphibians is shrinking, primarily because of land conversion by humans as we continue to expand our agricultural and urban areas,” said Dr Robert Beyer in the University of Cambridge’s Department of Zoology, first author of the report.

Some species are more heavily impacted than others. A worrying 16% of species have lost over half their estimated natural historical range, a figure that could rise to 26% by the end of the century.

Species’ geographical ranges were found to have recently shrunk most significantly in tropical areas. Until around 50 years ago, most agricultural development was in Europe and North America. Since then, large areas of land have been converted for agriculture in the tropics: clearance of rainforest for oil palm plantations in South East Asia, and for pastureland in South America, for example.

As humans move their activities deeper into the tropics, the effect on species ranges is becoming disproportionately larger because of a greater species richness in these areas, and because the natural ranges of these species are smaller to begin with, said the report.

“The tropics are biodiversity hotspots with lots of small-range species. If one hectare of tropical forest is converted to agricultural land, a lot more species lose larger proportions of their home than in places like Europe,” said Dr Beyer.

The results predict that climate change will have an increasing impact on species’ geographical ranges. Rising temperatures and changing rainfall patterns will alter habitats significantly, for example: other studies have predicted that without climate action, large parts of the Amazon may change from canopy rainforest to a savannah-like mix of woodland and open grassland in the next 100 years.

“Species in the Amazon have adapted to living in a tropical rainforest. If climate change causes this ecosystem to change, many of those species won’t be able to survive – or they will at least be pushed into smaller areas of remaining rainforest,” Dr Beyer added. “We found that the higher the carbon emissions, the worse it gets for most species in terms of habitat loss.”

The conversion of natural vegetation to agricultural and urban land, and the transformation of suitable habitat caused by climate change are major causes of the decline in range sizes, and two of the most important threats to global terrestrial biodiversity.

“Whether these past trends in habitat range losses will reverse, continue, or accelerate will depend on future global carbon emissions and societal choices in the coming years and decades,” Professor Andrea Manica in the University of Cambridge’s Department of Zoology, who led the study. “While our study quantifies the drastic consequences for species’ ranges if global land use and climate change are left unchecked, they also demonstrate the tremendous potential of timely and concerted policy action for halting – and indeed partially reversing – previous trends in global range contractions. It all depends on what we do next.”