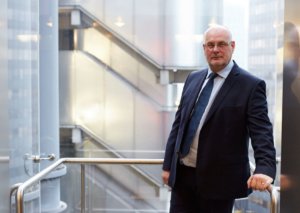 Lloyd’s Performance Director, and the man who was leading the first stage of its blueprint for the future, has announced he is leaving the market.

Mr Hancock will leave this year and the hunt for his replacement is already underway.

“Working with the Lloyd’s market has been a personal and career highlight,” he said. “I have enjoyed my time here and I am proud of what my team and the market have achieved: the foundations have been set for the Lloyd’s market to return to world class underwriting performance and the Future at Lloyd’s sets out a compelling strategic vision. As I enter my fourth year at Lloyd’s it feels like the right time to pass on the baton and explore new opportunities.”

He was the man who was tasked with clamping down on poor performance in the market and the tough stance taken by Lloyd’s on the lowest performing 10 per cent of its business has seen syndicates reduce capacity and go into run off as the performance management team sought to cleanse business plans of poorly priced business and risks which were seen to be in classes where adequate returns were unachievable.

The impact in the work around the Future at Lloyd’s is not known but talk in the market is an announcement is imminent on the recruitment of an external consultancy that will be charged with delivering the initiatives set out in the document.

John Neal commented: “Jon’s leadership in performance is without parallel, and his sponsorship of Blueprint One was critical in the production of a future strategy for the Lloyd’s market. His will be big boots to fill and so I am delighted that we will have him for a while longer.

“Performance is not just a strategic priority for us but underpins everything that we are seeking to achieve through the Future at Lloyd’s. Jon has put in place firm foundations on which we will build over the years ahead. On a personal level, it has been a privilege to get to know and to work with Jon and I am grateful for his continuing support.”