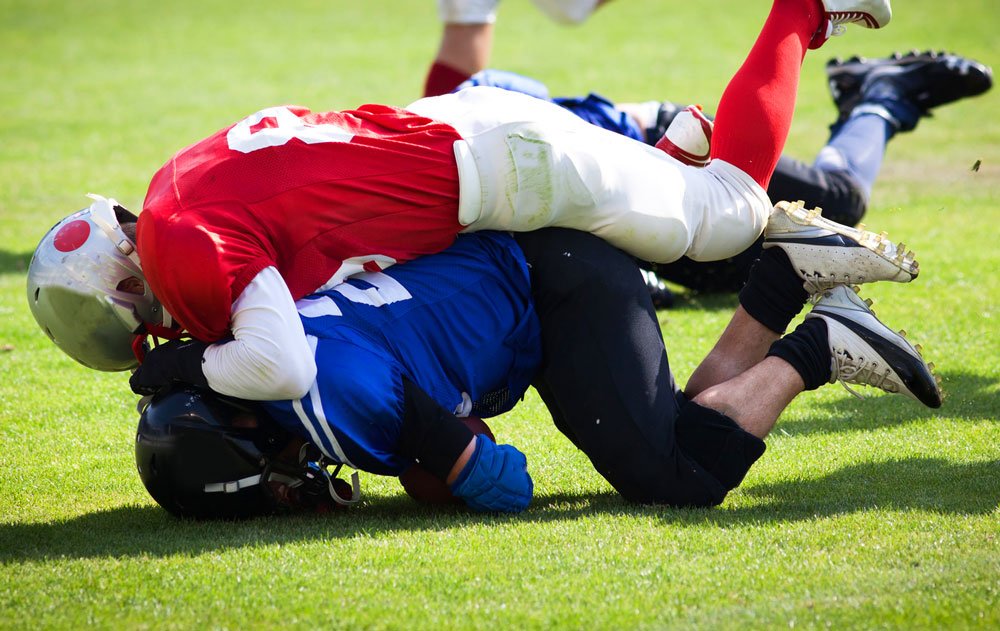 There are growing calls for a fundamental change in the training systems for school-age American footballers after research found that players suffered far more head collisions in practice than in a game itself.

Researchers from Wake Forest School of Medicine and the University of Texas Southwestern in Dallas, Texas, examined the frequency and severity of head impacts experienced by youth American football players and how exposure to head impacts changed from one year to the next in returning players.

The latest study compared the resulting data with findings on neuroimaging studies obtained over consecutive years in the same athletes. The comparison demonstrated a significant positive association between changes in head impact exposure (HIE) metrics and changes in abnormal findings on brain imaging studies.

The study found that in one football season, youth football players (10–13 years of age) can sustain between 26 and 1003 head impacts, and high school players can sustain between 129 and 1258 head impacts. Fortunately, most of these impacts do not result in concussions. In fact, most of these subconcussive impacts do not produce any acute signs or symptoms attributed to concussions.

“Nevertheless, there is concern that, over time, repetitive subconcussive impacts may cause damage to contact-sport athletes’ brains,” added the report. “This is particularly of concern when we are speaking of young athletes, who have many years ahead of them in their sport and in their lives.”

To examine changes in head impact exposure (HIE) from year to year, the researchers focused on a group of 47 athletes who participated in youth football for two or more consecutive years sometime between 2012 and 2017. The athletes played on a variety of teams. All wore football helmets outfitted with the Riddell Head Impact Telemetry System, which measures linear and rotational head accelerations that occur during a head impact. The outfitted helmets were worn during all football sessions—both practices and games. Biomechanical data on head impacts were transmitted in real time via radio waves to a sideline data collection field unit for later analysis. Altogether, the data covered 109 football athlete–seasons with 41,148 head impacts. Despite the large number of head impacts, none of the 47 youth athletes sustained a clinically diagnosed concussion during the study period.

“We believe this action may reduce the number of abnormal imaging findings in youth football athletes from one football season to the next,” the study said.

Dr. Jillian Urban, Assistant Professor at Wake Forest School of Medicine, added: “Our findings further support ongoing efforts to reduce the number of head impacts in football practices. In an upcoming study, we plan to engage stakeholders in the youth football community to develop and test practical solutions informed by the biomechanical data we collect on field to reduce head impacts in practice.”