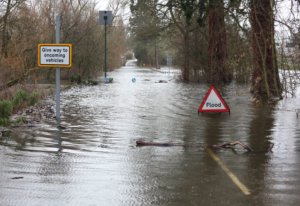 Insurers have been told the impact of ongoing natural disasters in the UK demand that homeowner premiums increase.

Analytics firm GlobalData has issued the findings from its UK 2019 Insurance Consumer Survey which found that the drive towards lower household premiums flies against the rising costs of floods and storms.

Insurers were warned greater concern needed to be showed around the fact that premiums in the home insurance market will have to increase, particularly if flooding events increase in frequency due to climate change.

GlobalData added its research indicates that 65.4% of home insurance policyholders who switched at the point of renewal did so because they were offered a lower premium.

“Home insurance providers should look towards increasing investments in technology to help with cost savings throughout the value chain, allowing for premiums to become increasingly competitive,” warned the firm.

Daniel Pearce, Senior Insurance Analyst at GlobalData said: “The recent floods and wind damage caused by Storm Ciara could have a considerable impact on switching activity within the home insurance market. With the percentage of policyholders switching at the point of renewal increasing in 2019 because they were offered lower premiums, higher premiums coming as a result of Storm Ciara could create more volatility.”

The study also found that 80% of home insurance policyholders who have made a claim on their current policy were satisfied with the service provided during the claims process, with only 4.5% being dissatisfied.

Mr Pearce, added: “These findings should reassure providers that, despite the potential for a poor claims experience to damage their reputation, on the whole the processes which are currently in place are up to the task.”