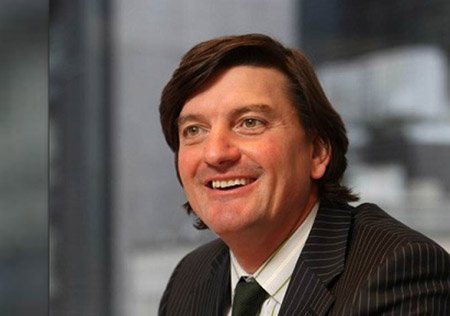 Howden plans to increase the use of innovative financing models to help plug the $20 billion disaster relief funding gap by bringing the discussion to the fore at the ‘World Climate Summit – the Investment COP’ (‘World Climate Summit’ / ‘the Summit’).

Howden is an official partner of the World Climate Summit (7– 8 November 2021), one of the industry events organised alongside the COP26 Climate Change Summit in Glasgow.

At the Summit, Howden Group CEO, David Howden, (above) will present the case for creating sustainable business models that provide more funding, more quickly and efficiently, and that can be applied to all kinds of disaster relief projects.

In his keynote address, David Howden will share his thoughts on how, by adapting existing models to respond to emerging challenges, the insurance industry has the power to create markets that drive climate action and increase resilience in an increasingly volatile world.

Earlier this year, Howden collaborated with the Danish Red Cross and others on the world’s first volcano catastrophe bond. Under this new model, humanitarian aid funds are raised in advance and stretch up to 20 times further than traditional funding methods, whilst offering uncorrelated returns for investors.

Should any of the 10 named volcanoes covered under the bond erupt within the next three years, up to $3 million will be released immediately to the Danish Red Cross.  Howden claimed that no time is lost assessing the cost of recovery; as soon as the parametric triggers are hit, the pre-agreed funds are released.

The Howden team will also host a discussion between leading voices from humanitarian organisations and experts from the public and private sector to explore the full potential this new model has to transform the way disaster relief is funded.

Howden explained: “There is a lot of focus on the role of financial institutions in the climate resilience conversation, but comparatively little on the insurance industry. Insurance tends to come into focus in two main areas: picking up the pieces after a disaster has happened, and the debate around whether insurers should continue to underwrite business for carbon intensive industries.”

“What’s missing in this conversation, and what our industry must get better at promoting, is the role insurance has to play in helping society to build resilience against climate risk. Whether that’s by removing the financial barriers to sustainable energy projects; leveraging our data and risk modelling capabilities to help clients, industries and countries to better address emerging risks; or by transforming the way disaster relief is funded.”