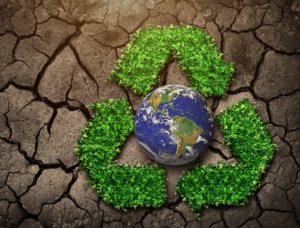 Hunt is on for Recycling Heroes

The event on 18 March 2020, will be themed ‘Recycling Heroes’ and wants to recognise people, places and activities that showcase what an important role recycling plays in creating an environmentally stable planet. A worldwide social media search and competition will be launched in January, with the aim of recognising both the known and unknown heroes.

Ranjit Baxi, Founding President of the Global Recycling Foundation, commented: “Through focusing on Recycling Heroes, the Global Recycling Foundation will encourage the world to look at the positive impact that individuals, communities and businesses are having on the future of our world, as well as highlight what still needs to be done. Recycling heroes surround us every day, from the big names such as Greta Thunberg and Leonardo DiCaprio to the unknown heroes – like a couple from the UK who built a recycling centre on their driveway to inspire their local community to recycle unusual items. In 2020, the Global Recycling Foundation wants to showcase all of these heroes – big and small – as well as cities, such as Ljubljana, and businesses who are championing innovative recycling practices around the world.”

Global Recycling Day was created to celebrate the importance that recycling plays in preserving the earth’s primary resources (water, air, coal, oil, natural gas and minerals). Aiming to bring people together and champion ways to put our planet first, Global Recycling Day highlights the need to consider recyclable materials as resource rather than waste, celebrating the power of the “Seventh Resource” – the goods we recycle every day.