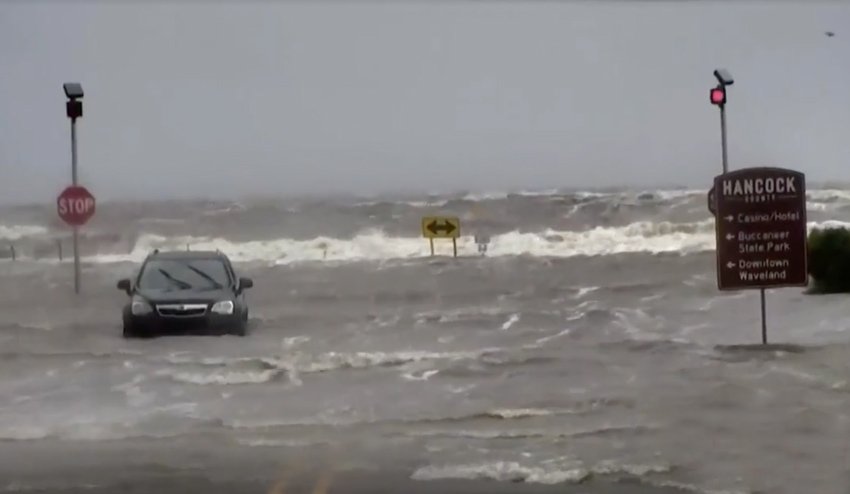 Hurricane Ida strongest on record in Louisiana; industry losses could be $25 billion

Hurricane Ida joins Hurricane Laura in 2020 and the Last Island Hurricane as the strongest on record in Louisiana, and the 5th strongest to make landfall in the continental United States.

Fitch Ratings said in a note on 30 August that preliminary estimates show a potential insurance industry loss from Ida in the  $15 billion to $25 billion range, which would be well below the record $65 billion in insured losses from Hurricane Katrina in 2005.

Fitch added that Ida will likely surpass winter story Uri as the largest industry loss event in 2021. Uri, which hit swaths of the country in February, caused some $15 billion in insured losses.

The final advisory bulletin from the US National Hurricane Center added that through Tuesday morning (31 August) across portions of southeast Louisiana into far southern Mississippi, Ida will produce additional rainfall totals of 2 to 4 inches with localised higher amounts possible.

Storm total rainfall accumulations of 10 to 18 inches with isolated maximum amounts of 24 inches is expected, the NHC said:

It predicted that Ida will continue to turn northeast tonight and is forecast to track across the Middle Tennessee Valley, Ohio Valley and Mid-Atlantic through Wednesday.

According to Guy Carpenter, early assessment shows catastrophic damage from Hurricane Ida near the landfall location of Port Fourchon, LA, as well as throughout portions of southeast Louisiana:

“Sustained winds of 150 mph, with higher gusts, caused major structural damage at and near the landfall point. Storm surge in excess of 7 feet was observed from Morgan City to Bay St Louis. Flash flood emergencies are developing over the entire state of Louisiana due to rainfall, while tornado warnings are occurring in the outer bands to the east of the storm. Catastrophic transmission failure has rendered all of Orleans Parish without power. Power failures are affecting 80% of the state of Louisiana.”

The broker noted that over 1,080,000 customers in Louisiana and 133,000 customers in Mississippi were without power as of Monday morning. Catastrophic transmission failure has caused Orleans Parish, including the city of New Orleans, to completely lose power.

It suggested that these statistics will likely increase as Ida moves through northern Mississippi and Alabama later today.

Early reports also indicate extensive damage to infrastructure and buildings along with widespread siding and roofing damage to homes in surrounding communities. Peak wind gusts of 153 mph in Port Fourchon, and 136 mph in Grand Isle, LA were observed before equipment failure. Extensive treefall is likely from a combination of high winds and water.

With regard to storm surge, Guy Carpenter said that initial observations indicate a peak storm surge elevation just under 8 feet, concentrated along the Mississippi coastline near Waveland. Surge elevations of 5-7 feet were observed in Lake Borgne and Lake Pontchartrain. Higher surge elevations are distinctly possible in southwest Louisiana and will become apparent in post-event data collection.

Importantly, the broker noted that while the post-Katrina levee system seems to have protected the city of New Orleans, there are indications that other levees in the region were overtopped by surge waters, including the town of Jean Lafitte.