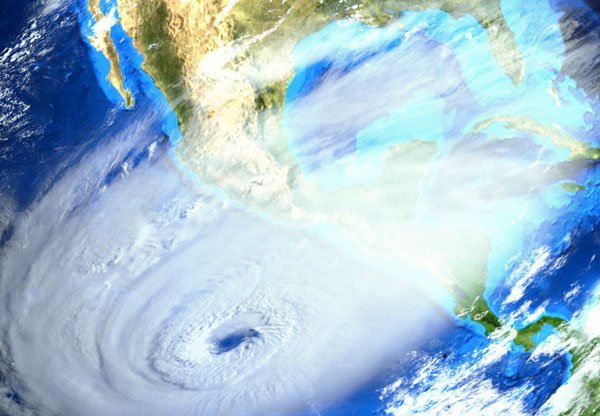 In a new study published in Nature a team of climate scientists warn that while hurricane intensity is increase the impact of warmer temperatures is also seeing the storms  retaining their wind speeds and rain fall levels  when they make landfall, increasing the threat to inland and not just coastal communities.

The team analysed Atlantic hurricanes that made landfall between 1967 and 2018 and found in the second half of the study period, hurricanes weakened almost twice as slowly after hitting land. “As the world continues to warm, the destructive power of hurricanes will extend progressively farther inland,” the researchers wrote in their report.

Scientists have been growing increasingly concerned that, as global temperatures warm, hurricanes are intensifying, and are more likely to stall and produce rain.

Pinaki Chakraborty, senior author of the study and a climate researcher with the Okinawa Institute of Science and Technology, said the new analysis found that with warming, hurricanes also take longer to decay after landfall, something researchers had not studied before. “It was thought that a warming world has had no pronounced effect on landfalling hurricanes,” he said. “We show, not so, unfortunately.”

It comes as 2020 become the record season for the total number of named storms, which currently stand at 30 with two weeks to go before the north Atlantic season officially comes to a close.

Mr Chakraborty added;  “We were studying the evolution of landfalling hurricanes using simulations and kept finding features that could not be explained using the prevailing models.

“Long story short, we realised that the prevailing models are missing a key component: the moisture stored in a hurricane.”

The scientists examined the link between global warming and slower weakening by modelling hurricanes forming at different sea surface temperatures and then simulating landfall by cutting off the storms’ moisture supply. Each of the modelled storms made landfall at the same intensity, but the ones that developed over warmer waters weakened more slowly.

“Making landfall is equivalent to stopping the fuel supply to the engine of a car,” said co-author Lin Li, also with the Okinawa Institute of Science and Technology. “When a car engine burns fuel, the energy is converted to mechanical work. For hurricanes, moisture from the ocean sustains a hurricane’s destructive power.

“Without fuel, the car will decelerate, and without its moisture source, the hurricane will decay.”

But storms forming over warmer oceans have more stored fuel, so they keep running longer after the outside supply is cut off, he said.