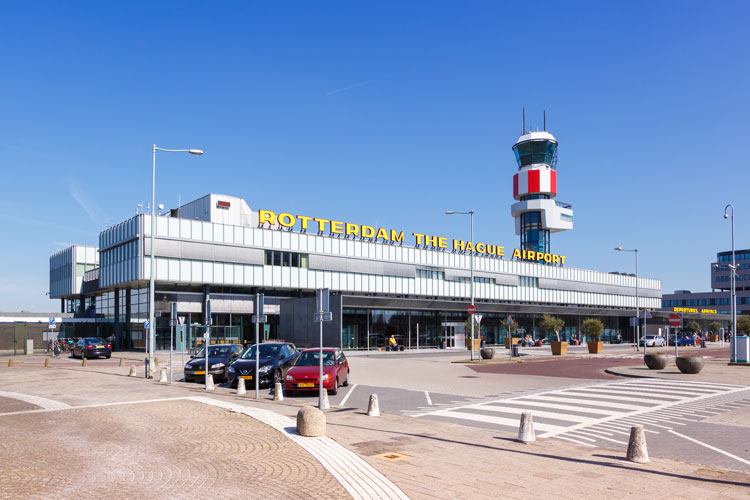 A hybrid hydrogen-electric commercial air service could start between London and Rotterdam in 2024, based on a partnership involving aviation specialist ZeroAvia, the Royal Schiphol Group, and Rotterdam The Hague Airport.

The partners say they have reached advanced talks with prospective airlines to operate the flights.

ZeroAvia is already working to develop a 600-kW hydrogen-fuel-cell-based powertrain that could apply to multiple 19-seater aircraft.

It intends to start flight testing later this year.

During the earlier HyFlyer I project, which used a six-seat Piper Malibu aircraft, ZeroAvia said that it achieved cruise flight fuelled entirely by hydrogen-electric power, with batteries used only for supplementary power during take-off.

ZeroAvia recently established a company in the Netherlands it says will support its efforts to develop commercial applications for its propulsion technology in the country and throughout the 27 European Union (EU) member states.

It says the new partnership will collaborate on regulation, testing, and adoption of technology for commercial operations.

The California-based venture also has a subsidiary in the UK, allowing it to benefit from financial support provided by the UK-government-backed Aerospace Technology Institute.

That company, based at Cotswold Airport in the west of England, employs more than 50 people.

“Boarding a zero-emission flight from Rotterdam to London is only the beginning of green aviation, and that will only be made possible by pioneering and promoting innovation in the sector,” said Rotterdam The Hague Airport CEO Ron Louwerse.

“With the Netherlands as the testing ground for aviation, we strengthen our competitive position, knowledge base, and business climate.”

In the longer term, ZeroAvia plans to convert larger airliners, carrying 50 to 100 seats, to hydrogen propulsion.