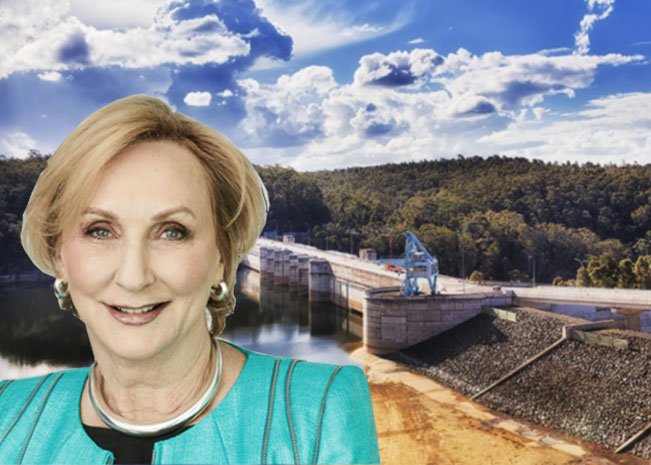 Insurance Australia Group (IAG) has announced today it has withdrawn support for a project to increase the height of a major dam amid concerns over its impact on the environment.

The news was announced by IAG’s Chairman, Elizabeth Bryan (pic) in her speech to shareholders at the insurer’s AGM.

It came after IAG had been approached by an environmental group asking them to withdraw support for the Warragamba Dam heightening. Originally the group had tables a motion at the AGM, however Ms Bryan revealed the insurer had agreed to withdraw on the grounds that the work would impact cultural heritage sites and the neighbouring environment.

“Our purpose drives us to advocate for disaster risk reduction,” she said. “This focus is at the heart of how we have approached an issue that is captured in the three shareholder resolutions The Colong Foundation for Wilderness asked to put before this meeting today.

“Since we issued the Notice of Meeting, we have had a number of positive conversations with representatives of The Colong Foundation and I am pleased to advise the meeting that we have been able to satisfactorily address their concerns. As a result, they have withdrawn the resolutions that were before the meeting.”

Ms Bryan added: “In discussions with The Colong Foundation for Wilderness, and others more closely involved with this debate, it has become clear that a decision to raise the height of the Warragamba Dam wall could well result in the destruction of both large areas of natural environment and also important cultural heritage sites.

“At IAG we have extensive data and experienced technical people who have used this data to evaluate the significant flood risk in the valley below the Warragamba Dam.

“In the past we have expressed support for the raising of the wall, however we now have additional information concerning the probable loss of significant cultural heritage sites, and important natural habitats. IAG will continue to support the need for flood risk mitigation in the Hawkesbury-Nepean Valley to reduce the risk to life and property.

“However, given our increasing awareness of the environmental and cultural heritage issues, I make the commitment that we will step back from advocating for a specific solution, including the raising of the Warragamba Dam wall. Instead, we will support appropriate environmental impact studies to explore the best way to achieve safety for the residents of the Hawkesbury-Nepean Valley, while recognising the issues presented by The Colong Foundation for Wilderness.”

Ms Bryan added IAG would step up its environmental efforts I the coming months.

“We commit to exploring the appropriateness of IAG becoming a signatory to the United Nations Principles for Sustainable Insurance-WWF-World Heritage Sites initiative,” she added. “I thank The Colong Foundation for Wilderness and the Gundungurra Traditional Owners for drawing the complexities of this issue to our attention.”