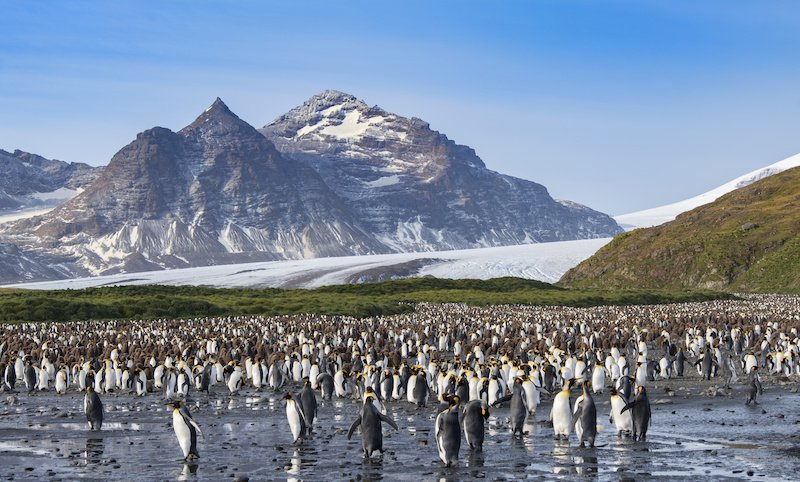 Rising global temperatures threaten to release the “cork from the bottle” and unleash “unimaginable amounts of water from glaciers to pour into the sea”.

Researchers from the University of Reading have warned more than a third of the Antarctic’s ice shelf area could be at risk of collapsing into the sea if global temperatures reach 4°C above pre-industrial levels.

The University led the most detailed ever study forecasting how vulnerable the vast floating platforms of ice surrounding Antarctica will become to dramatic collapse events caused by melting and runoff, as climate change forces temperatures to rise.

It found that 34% of the area of all Antarctic ice shelves – around half a million square kilometres – including 67% of ice shelf area on the Antarctic Peninsula, would be at risk of destabilisation under 4°C of warming. Limiting temperature rise to 2°C rather than 4°C would halve the area at risk and potentially avoid significant sea level rise.

The researchers also identified Larsen C – the largest remaining ice shelf on the peninsula, which split to form the enormous A68 iceberg in 2017 – as one of four ice shelves that would be particularly threatened in a warmer climate.

Dr Ella Gilbert, a research scientist in the University of Reading’s Department of Meteorology, said: “Ice shelves are important buffers preventing glaciers on land from flowing freely into the ocean and contributing to sea level rise. When they collapse, it’s like a giant cork being removed from a bottle, allowing unimaginable amounts of water from glaciers to pour into the sea.

“We know that when melted ice accumulates on the surface of ice shelves, it can make them fracture and collapse spectacularly. Previous research has given us the bigger picture in terms of predicting Antarctic ice shelf decline, but our new study uses the latest modelling techniques to fill in the finer detail and provide more precise projections.

“The findings highlight the importance of limiting global temperature increases as set out in the Paris Agreement if we are to avoid the worst consequences of climate change, including sea level rise.”

The new study, published in the Geophysical Research Letters journal, used state-of-the-art, high-resolution regional climate modelling to predict in more detail than before the impact of increased melting and water runoff on ice shelf stability.

Ice shelf vulnerability from this fracturing process was forecast under 1.5°C, 2°C and 4°C global warming scenarios, which are all possible this century.

Ice shelves are permanent floating platforms of ice attached to areas of the coastline and are formed where glaciers flowing off the land meet the sea.

This is what happened to the Larsen B ice shelf in 2002, which fractured following several years of warm summer temperatures. Its collapse caused the glaciers behind the ice shelf to speed up, losing billions of tonnes of ice to the sea.

The researchers identified the Larsen C, Shackleton, Pine Island and Wilkins ice shelves as most at-risk under 4°C of warming, due to their geography and the significant runoff predicted in those areas.

Dr Gilbert said: “If temperatures continue to rise at current rates, we may lose more Antarctic ice shelves in the coming decades.

“Limiting warming will not just be good for Antarctica – preserving ice shelves means less global sea level rise, and that’s good for us all.”

It found that 34% of the area of all Antarctic ice shelves – around half a million square kilometres – including 67% of ice shelf area on the Antarctic Peninsula, would be at risk of destabilisation under 4°C of warming. Limiting temperature rise to 2°C rather than 4°C would halve the area at risk and potentially avoid significant sea level rise.