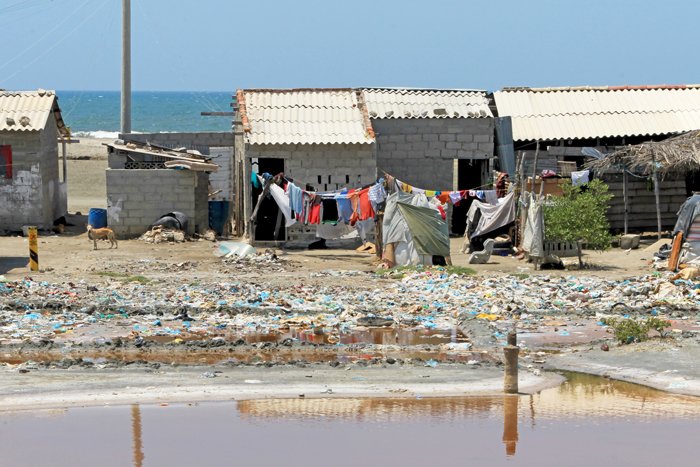 The Insurance Development Forum (IDF), a public-private partnership led by the insurance industry and supported by international organisations, has launched a programme to develop a parametric flood and earthquake product in Colombia.

The initiative includes an indemnity landslide protection in Colombia, for the city of Medellín as part of its disaster risk management plans.

The IDF, represented by its members Hannover Re, Willis Towers Watson and the international humanitarian assistance and sustainable development organisation Global Communities have formed a public private partnership to promote resilience in communities susceptible to natural catastrophes by developing natural disaster risk insurance products for the City of Medellín.

The purpose of the joint agreement is to support the development of risk management solutions for climate-vulnerable countries. The InsuResilience Solutions Fund (ISF), funded by KfW Development Bank on behalf of BMZ, is the programme of BMZ to co-fund the implementation of the Tripartite agreement.

Once the product is taken to market after the end of the project, the city government of Medellín will be the policyholder via its Fund for Disaster Risk and Emergencies Management, which provides funding for emergencies, rehabilitation and reconstruction in Medellín.

In case of an insurance event, the pay-outs of the insurance will benefit local affected communities in accordance with the municipality’s emergency response plans, for example via food and cash disbursements, and fast repair of basic infrastructure.

The IDF Consortium said the project increases the resilience of Medellín to climate risks and natural disasters through insurance protection, and serves as a role model for other cities of the country.

It added that the project also fosters a favourable environment for the development of similar climate and natural disaster risk insurance products in the Colombian market.

IDF Secretary General Ekhosuehi Iyahen, said: “The IDF is delighted to see implementation of another Tripartite project involving the insurance industry working hand in hand with a government to address the significant proportion of physical damage and financial losses often incurred as a result of a disaster; in this instance, floods, earthquakes and landslides.”

“The IDF is committed to playing an influential role in supporting the development of much needed practical solutions. The public-private partnerships which see insurance professionals working closely with public officials to bring their risk management expertise to bear enables the delivery of solutions at scale for those who are most vulnerable.”

0
SHARE:
Climate protests held across UK with Lloyd’s in the crosshairs