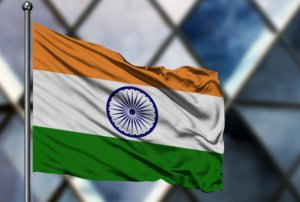 Private insurers in India are now writing a bigger percentage of the market than their publicly owned peers for the first time.

The firm’s research reveals that the gross direct premium income (GDPI) reported by the 25 general insurers (excluding the standalone health and specialised insurers) was INR1,499 billion (US$22 billion) in the year ended 31 March 2019.

Madhuri Pingali, Insurance Analyst at GlobalData, says: “Over the last decade, private insurers have been steadily expanding their market presence due to their pricing strategy, product innovation and efficient distribution strategy. The most important differentiator, however, is the deployment of technology, which helped them in providing a superior customer experience compared to their public sector rivals.”

The financial year 2018-19 witnessed an accelerated shift in the competitive landscape as the GDPI of public insurers grew by just 1% while that of the private insurers surged by 24%. This shift is more pronounced in motor and health insurance, which together accounted for two-thirds of general insurance business. In 2018-19, the motor insurance business of public carriers contracted by 5% against the 21% growth recorded by private entities.

Mr Pingali adds: “The alleged unfair distribution practices by some private motor insurance carriers seems to have curtailed the public companies’ ability to grow and resulted in private insurers gaining market share at the expense of public insurers. Adding to this is the delay in the merger of the three state-owned firms National Insurance Company, Oriental Insurance Company and United India Insurance Company. The proposed merger plan of three of the largest insurers was announced in February 2018 and was expected to help improve profitability and bring efficiency. The slow pace of progress has contributed to a period of further uncertainty”

The solvency ratios of the three public general insurers, which will be merged to form a single entity, are in the border line, impairing their risk-taking ability. While their recapitalization request is being deliberated upon by the government, public general insurers face a prolonged period of uncertainty.

“The delay in announcing the proposed merger beyond 2020 would further defer the much-needed capital infusion decision, which is critical for the financial health of the public sector general insurers. This will impact the long-term competitive health of public insurance and would further worsen their market share,” explained Mr Pingali.