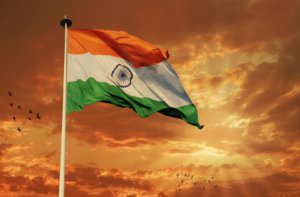 It might be in lockdown for the next three weeks, but India’s reinsurance sector is set for rapid growth.

Analysis from GlobalData predicts that the country’s reinsurers will continue to grow, and its prospects have been boosted by recent regulatory changes from the Insurance Regulatory and Development Authority of India (IRDAI).

The firm said the changes, set to encourage the offshore companies to set up reinsurance operations in India, will not only bring a level playing field for all the competitors but also drive growth of India’s reinsurance market to reach INR579.4 billion (US$7.8 billion) in 2024.

This has coincided with the amendments in the market entry requirements by IRDAI in 2015, allowing foreign reinsurers to set up branch offices. Till then, General Insurance Corporation of India (GIC Re) had monopoly in reinsurance market.

Shabbir Ansari, Insurance Analyst at GlobalData, said: “Regulatory amendments were introduced in 2018 to increase competition by allowing foreign reinsurer branches (FRBs) to bid for contracts. Till then foreign reinsurers could only bid in case it was rejected by GIC Re.”

He added GIC Re, the tenth largest reinsurer globally, is facing decline in its home market. While it still has the first right of refusal for all reinsurance contracts, by matching FRBs quote, there are expectations that this will also be removed.

“Further capital requirements were lowered from INR50 billion to 10 billion. All these changes helped offshore reinsurers increase their market share from 0.2% in 2016 to 24% in 2019,” explained Mr Ansari.

SHARE:
Lloyd’s In Profit as it Pledges to Support Clients