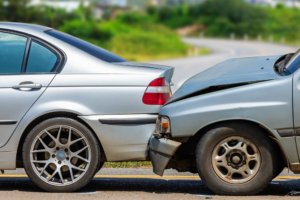 The Association of British Insurers (ABI) has called on the UK government to cut Insurance Premium tax for motorists.

The ABI’s has issue its latest Motor Insurance Premium Tracker which found that the average price paid for comprehensive motor insurance in the last quarter of 2019 rose to its third highest quarterly level since ABI started collecting the data back in 2012.

The association said its tracker is the only survey that looks at the price consumers actually pay for their cover, rather than the price they are quoted.

“With mounting cost pressures continuing to put the squeeze on motor premiums, the ABI is urging the Government to help motorists, by reducing the rate of Insurance Premium Tax (IPT), which has doubled to 12% since 2015,” it said. “The Government is raking in more from IPT, £6.3 billion in the financial year 2018/19, than from some of the ‘sin taxes’, such as the duties on beer, wine and gambling.

The survey concluded in the last quarter of 2019 the average premium paid rose by £15 and 3% on the previous quarter to £484.

The average motor premium paid in 2019 was £471, the third highest annual figure on record.

“One obvious and much needed way to help motorists is for the Government to reduce the IPT burden in its March Budget. This tax penalises drivers for simply complying with the law and having motor insurance, hitting hardest those facing higher premiums, such as younger drivers.”

The ABI said the government’s changes in July to the Personal Injury Discount Rate, the formula used to help calculate high value personal injury compensation, has more pressure on premiums, especially for higher risks, such as young drivers.

“Rising repair costs, reflecting ever more sophisticated vehicle design and technology which in most cases are more expensive to repair when damaged. In the first half of the year, the repair bill for insurers, at £2.3 billion, rose by 11% on the same period in 2018. The low value of the pound also impacted on the cost of spare parts bought overseas,” it added. “Insurance Premium Tax (IPT) the ‘mother of all stealth taxes’ which has doubled from 6% to 12% since 2015. This currently adds an extra £50 to the average annual motor premium.”