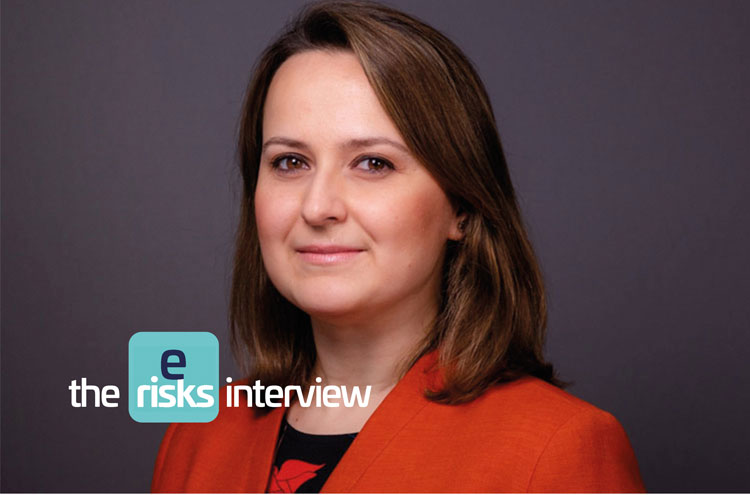 The complexity of flood risk and the impact of climate change requires a collaboration between the industry and academia according to the head of flood risks research at the Willis Research Network (WRN).

Nalan Senol Cabi, (pic) will be part of the Willis team that will present a new flood model for South East Asia at COP26, that she hopes will be the blueprint for the efforts to map climate impacts on flood risk globally.

The model has been created in conjunction with the National University of Singapore, and Cabi said there was a real need for greater dialogue and collaboration between educational and insurance organisations.

“Climate change is already having an impact,” she explained. “We are seeing changes in the severity and frequency of flood events. In past years flood was viewed by the industry as a secondary peril, but that has changed significantly given the events we have seen in recent years.”

“The issue is that climate change is having an impact but it is not uniform across the globe, there are regional variations and this is making the challenge of modelling more complex,” added Cabi.  “Simply looking at climate change only gives us half the answer to the puzzle. You need a holistic view of the flood risks themselves, the likely changes in climate and weather patterns and how exposures have changed.”

She added flood was a different risk because it can come from very different sources. Coastal flooding, rising sea levels, storm surge, river flooding and flooding due to intense rainfall all have vastly distinctive characteristics which makes the ability to model flood as a whole all the more difficult.

Cabi said: “Universities and researchers have been examining the problem of climate change and its impact for decades. However, the problem has been that academic research and the insurance industry’s research is effectively delivered in hugely different ways. I see our role as almost a translator enabling the two sides to speak the same language and encourage them to work together to address the problems that flooding poses.”

She added that it was likely that what was needed is a platform which will enable the industry to accurately understand and therefore quantify flood risk across the globe on which they can then base their response.

“We are seeing the creation of some robust tools which is encouraging,” she explained. “We require high resolution data, and we need to be innovative. There are parametric products that are looking to fill the protection gap but it is still difficult.”

“The industry is no stranger to uncertainty,” added Cabi. “We have tools, and we are now exploring a platform which will use cat models to communicate in the way the client wants.

“COP26 has created a societal push for solutions and we are already seeing a regulatory push in the UK and US from regulators who are questioning the industry on its approach to climate risks and its resilience to major events.”

As such WTW has sought to bring the industry together to cast aside commercial interests to discuss how a platform can be created that will create the ability to understand flood risk.

“The platform would be a cross industry initiative and would allow individual companies to use the same data on which to build their own products to support clients,” said Cabi.

WTW will reveal the new South East Asian flood model it has developed with the National University of Singapore on Monday and Cabi hopes it will be the basis for a global model.

“We really hope this will become a blueprint of what we need to do,” she added. “We need a model that can use open source data to provide the ability to understand how our flood exposures will change as the impact on our climate continues.”

“The issue is that climate change is having an impact but it is not uniform across the globe, there are regional variations and this is making the challenge of modelling more complex, simply looking at climate change only gives us half the answer to the puzzle. You need a holistic view of the flood risks themselves, the likely changes in climate and weather patterns and how exposures have changed.”