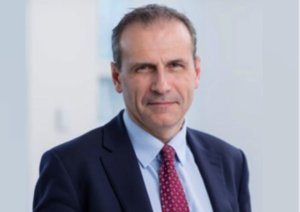 The Director General of the Association of British Insurers has warned the UK industry and regulators that they cannot stumble blindly into a one sided equivalence regime post Brexit.

Speaking at an event in London hosted by Gibraltar Finance, Huw Evans (pic) warned that the industry had to understand the difference between equivalence and alignment.

He also issued a warning that the political uncertainty that has impacted the country after the Brexit referendum was likely continue whatever the result of the general election.

“Our members have been going through the process of ensuring they can service their customers if there no agreement for financial services with the EU,” he explained. “We also have to understand that once the withdrawal agreement has been agreed, we then get to talking about the divorce from the EU and that will likely last for a decade.”

Mr Evans added: “Our regulators have to ensure we have a regulatory regime fit for our markets.

“We can’t be forced to adopt a set of rules and regulations designed by our competitors without recourse for change.”

Mr Evans said there needed to be an understanding between the terms equivalence and alignment.

“We have to move into the post Brexit market with our eyes open. We need to support the greatest of alignments with the European Union not simply look to take whatever equivalence is on offer.

“Do not confuse equivalence with appropriate alignment.”

He added equivalence was a political instrument and not a regulatory driver and as such the market needed to ensure that it understood the difference and agreed a level of alignment.

“If you are looking for an equivalence which is balanced and fair to all, it just does not exist,” he added.

Mr Evans warned that such was the diversity and intensity over views over Brexit that the result of the election however emphatic will not see an end to the issue.

“It is no means a guarantee that politicians in 2020 and beyond will be any clearer than they have been for the past three and half years.

“We still need to know; are we European or global? Are we open to trade of protectionist? Are we open to attract talent from across the world or will we look to immigration control?”

“These discussions won’t go away whatever the result next month.”