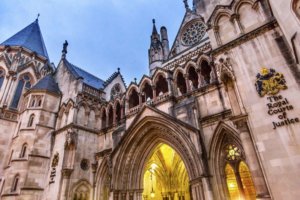 A former government lawyer and Home Office border guard who used multiple identities in order to play the victim of a motor accident and then legally represent the other driver was yesterday sentenced to eight months in prison for contempt of court.

Muhammad Bilal, 36, of Hayes, Middlesex, claimed financial compensation for whiplash-type injuries sustained when he was apparently involved in an accident with Adnan Shah in Hayes in 2014. Shah’s insurance company refused to pay the claim as they believed the accident was staged.

Bilal’s multiple identities and a complex web of connections between Bilal and Shah were uncovered by global law firm Clyde & Co when it investigated the case on behalf of the insurer. Given Bilal’s employment as a government lawyer and his former role as an immigration officer for the Home Office, the insurer and Clyde & Co deemed it was in the public interest to pursue him for contempt of court.

Bilal – who maintained throughout that he did not know Shah – also moonlighted as a paralegal for Lawgate Solicitors in Slough whilst working for the government. It was through Lawgate that he sought to legally represent Shah in a complaint to the Financial Ombudsman Service about the insurer’s refusal to pay Shah’s claim. In 2016 the ombudsman found in favour of Shah and asked his insurer, the UK arm of a leading global insurer, to pay for damage to Shah’s vehicle plus an additional £1,250.

In support of his claim that Shah had instructed Lawgate by chance, Bilal produced a witness statement purportedly from Shahzad Akhtar, the principal of Lawgate Solicitors, but he failed to attend Court to give evidence.

During lengthy email exchanges with Clyde & Co, Bilal repeatedly denied using the name Bilal Toor and representing Shah until he was presented with a copy of his own business card that he had posted on social media. During cross examination, Bilal admitted he had lied to Clyde & Co, but continued to insist that the claim was genuine and that he did not know Shah before the accident.

After ensuring Shah received a pay-out from the insurer, Bilal then launched his own personal injury claim in May 2016. Bilal’s attempts at obtaining compensation were less successful after his claim worth up to £10,000 was struck out at Uxbridge County Court in November 2017.

Damian Rourke, partner at Clyde & Co, said: “This is an unusual case as Muhammad Bilal continued to protest his innocence and contested a final hearing at the High Court. Bilal put up an aggressive defence and so we are delighted that the Judge agreed with us and found the claim to be a fraud. This is made all the more distasteful by the fact that Muhammad Bilal has worked in a position of great trust for the government.

“Bilal claimed not to know Shah, but our investigations revealed they were connected through a company set up by Bilal’s housemate and the sale of a car to Shah by one of the company’s employees. When we started to dig deeper, analysing email trails and social media, we realised that Bilal had used other identities in order to act on Shah’s behalf in an attempt to defraud the insurance company.

“Once we provided the Court with evidence of the link between Shah and Bilal, Bilal failed to pay a court fee and his claim was struck out.

“Bilal worked in the legal system and clearly believed he was clever enough to dupe it. Evidently, he’s not as smart as he thought.”

The case took place at the High Court in London on 8 and 9 October with judgment handed down on 10 October 2019 by His Honour Judge Gargan.

In his judgment HHJ Gargan found that the accident was staged and that Bilal had lied in a number of documents where he asserted that he did not know Shah. Bilal had deliberately brought a false claim and did not accept that the Lawgate connection was coincidental.

HHJ Gargan also remarked that “these frauds are bad for society. They are difficult and expensive to uncover. They increase premiums with the result that the poorest are unable to afford insurance.”