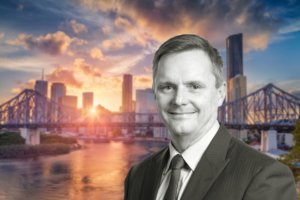 Australian insurer Suncorp Group has announced unlimited paid emergency response leave for employees who are called up to fight the bushfires which continue to ravage the country.

The firm said any staff who are members of volunteer organisations and are called upon to assist during an emergency or natural disaster, will be granted paid leave for as long as they are needed.

It said the move comes after the current crisis highlighted the financial challenges faced by those who volunteer for extended periods of time. The decisions covers Australian employees who are volunteer members of the State Emergency Services, the Country Fire Authority and RSPCA.

Suncorp Group CEO Steve Johnston (pic) said the company was committed to supporting employees who have volunteered during the bushfire season. It has also increased its initial donation to $500,000 to bushfire relief agencies.

“This recovery is going to take a long time,” Mr Johnston said. “As one of Australia’s largest insurers we understand the role we need to play in that process. We are committed to continuing to do everything possible to help people and communities get back on their feet.”

It comes as Suncorp and IAG halted the sale of insurance cover in a number of fire affected postcodes in Victoria and New South Wales.

However both underwriters told the media that the embargoes were monitored daily and that the firms have removed a number of embargoes in the last week and would continue to monitor the situation.

Hancock To Sign Off at Lloyd’s
Scroll to top